Pick-Up Artist Julien Blanc Has Been Banned From Singapore

Blanc is an “international leader in dating advice” for Los Angeles based company Real Social Dynamics, who travels around the world teaching seminars, or “boot camps” as RSD calls them, to swathes of men eager to learn how to seduce women. PUAs like Blanc have long courted controversy for their seduction tactics, which many women have criticized for being manipulative and sexist. Yet the furor toward Blanc exploded across the internet and around the world after videos and photos surfaced of him describing and demonstrating grabbing women and forcing their heads into his crotch. Blanc later told CNN that the images were taken out of context and a “horrible attempt at humor.”

Yet the backlash against Blanc was strong enough that petitions in Australia, the UK and now Singapore have resulted in the countries’ governments blocking or rescinding the PUA’s visa. In Singapore, a change.org petition against allowing Blanc into the country received more than 8,000 signatures. Authorities released a statement about the decision to deny Blanc’s visa on Wednesday, reports the Australian Broadcasting Corporation. “Blanc has been involved in seminars in various countries that advised men to use highly abusive techniques when dating women,” the statement read. “Violence against women or any persons is against Singapore law.”

MORE: Is Julien Blanc The Most Hated Man In The World? 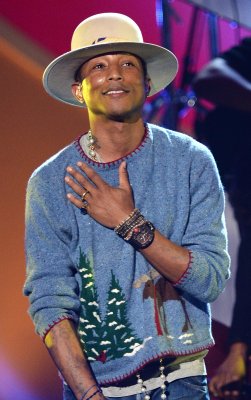 Pharrell Williams Says He’s a Feminist After All
Next Up: Editor's Pick