During his speech at the SAARC Summit in the Nepalese capital of Kathmandu, Modi lamented that trade between the eight member countries of the international grouping comprises less than 5% of the region’s global trade.

“How much have we done in SAARC to turn our natural wealth into shared prosperity, or our borders into bridgeheads to a shared future?” Modi asked those in attendance.

Other major issues referred to by Modi included a SAARC satellite to be launched in 2016 as well as greater coordination in fields like health care and higher education.

The SAARC was formed in 1985 by India, Pakistan, Bangladesh, Sri Lanka, Nepal, Bhutan and the Maldives, with Afghanistan granted membership in 2007. The regional grouping has been criticized for its lack of direction and failure to achieve concrete results, and Modi acknowledged this while urging his counterparts to move beyond mere lip service.

“When we speak of SAARC, we usually hear two reactions — cynicism and skepticism,” he said. “This, sadly, is in a region throbbing with the optimism of our youth.”

The two-day summit has also been abuzz with discussion about the contentious relationship between India and Pakistan, whose bilateral dialogue has stalled amid conflicts on their border. Pakistani Prime Minister Nawaz Sharif is the only leader who Modi will not meet one-on-one during the two-day gathering, Indian newspaper The Hindu reported.

Both leaders spoke about the need for peace and security in their respective speeches, which happened to fall on the sixth anniversary of the 2008 Mumbai terror attacks that India accuses Pakistan of engineering.

“Let us work together to fulfill the pledge we have taken to combat terrorism and trans-national crimes,” said Modi; Sharif said Pakistan was “committed to a dispute-Free South Asia.”

But soon after the speeches concluded, Pakistan reportedly vetoed three agreements for increased road, rail and energy links put forth by India, making it apparent that regional integration remains an uphill task. 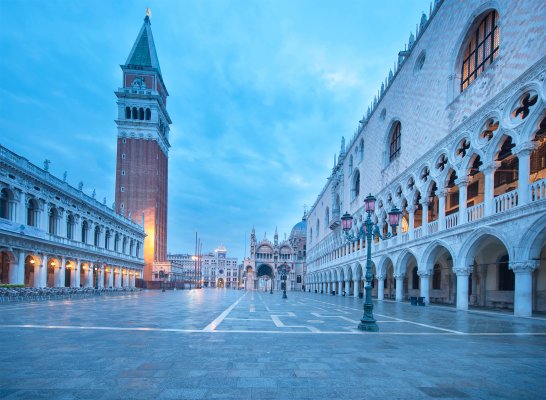 Venice Isn't Banning Wheeled Luggage After All
Next Up: Editor's Pick