The Nirvana frontman died in 1994 at the age of 27 and has been the subject of many books and films since, including other documentaries like 1998’s Kurt & Courtney and 2006’s Kurt Cobain: About a Son.

Morgen’s been working on his documentary, Kurt Cobain: Montage of Heck, for over five years and says he hopes the film will show Cobain fans that the man wasn’t only the face of Nirvana.

“The thing about him people might not know too is that he was an incredible visual artist and left behind a treasure chest of comic books, paintings, Super 8 films, all sorts,” Morgen told Fact in 2013. “We are going to do the movie sort of like a third-person autobiography, as if Kurt was around and making a film about his life.”

Frances Bean Cobain, Cobain and Courtney Love’s daughter, is executive producing. The film will debut on HBO and Universal will release the film internationally in 2015. 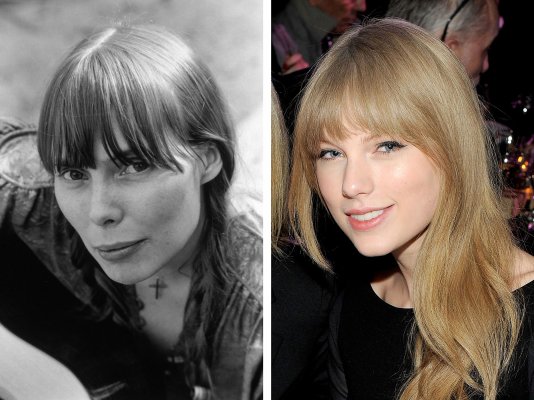 Joni Mitchell Says She Put the Brakes on Biopic Starring Taylor Swift
Next Up: Editor's Pick