Braxton Cosby promotes his book The Star-Crossed Saga Prostar while his uncle Bill Cosby promotes I Didn't Ask to Be Born (but I'm Glad I Was) in New York City on Jan. 18, 2012
Debra L Rothenberg—FilmMagic/Getty Images
By People

A nephew of Bill Cosby is speaking out on behalf of the 77-year-old comedian, saying he “is innocent” in light of the “unjustified claims.”

Braxton Cosby, who heads up Cosby Media Productions, told FarrahGray.com that “unless the judicial system can prove otherwise, I stand behind him and his contributions.”

“I would be more inclined to compare it to the passage in the Bible where the people of the village were about to stone the woman caught in adultery and Jesus challenged them by saying that the person who is without sin should cast the first stone,” Braxton told the website, as confirmed by PEOPLE.

“The one difference in this case being that the woman was caught in the act and her accusers brought her forward. I want to remind everyone that we live in the greatest country in the entire world, one that prides itself on the moral law that everyone is innocent until proven guilty. That’s where we stand at this time with the allegations brought against my uncle.”

Interestingly, the production-company executive also seemed to suggest the “attacks” were an attempt to muzzle the kind of “uplifting” and “inspirational” content that Cosby Media produces. The company’s website says its mission is to develop content “that will entertain the mind and inspire the soul, from books, TV, film and music.”

“With my company, Cosby Media Productions, we will continue to push content that reflects the same positivity,” Braxton told FarrahGray.com. “I feel that the goal here was to destroy the attempts to instill that type of entertainment going into the next year. Thankfully, it will not succeed.”

In the meantime, two more venues in Washington and Connecticut reportedly announced they were canceling upcoming appearances featuring the comedian, amid accusations that he sexually assaulted several women. Cosby’s attorney has called some of the claims “fantastical.” 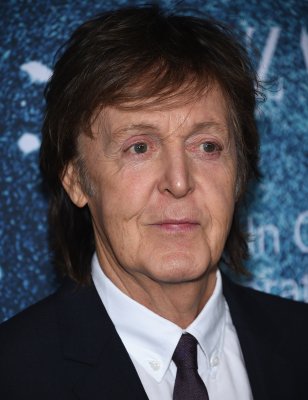 'The Art of McCartney': The Making of a Massive Tribute Album
Next Up: Editor's Pick