5 Non-Evil Ways to Get People to Do What You Want, From Dan Pink

I’ve posted about getting people to like you, winning arguments and FBI methods for negotiation — but let’s take it to the next level.

There are ways to deal with people who are difficult but brass tacks here, folks: most of the people who cause you problems aren’t going anywhere.

You work with them, you live with them, heck, in many cases you love them, but the people closest to us can still cause a lot of problems.

How do we get them to behave better over the long haul?

I decided to call an expert. Dan Pink is the bestselling author of numerous great books about human behavior, including:

Drive: The Surprising Truth About What Motivates Us

To Sell Is Human: The Surprising Truth About Moving Others

His latest project is a TV show that uses social science in fun ways to see how we can nudge people to do the right thing.

I wanted to see what Dan learned making the show and what we can use to get coworkers, spouses and children to behave better.

Okay, change starts now. Let’s get to it.

First, Get Their Attention

Often we try to be subtle and then we’re shocked when people don’t do what we’d like — or even what’s best for them.

People need to see what they’re doing wrong and the effects those actions have. But for that to happen they need to really be listening.

For instance, we all know we should wear sunscreen. It’s good for you. But just like eating your vegetables, many of us don’t do it.

So Dan tried an experiment to get people’s attention and really show them why it was important.

Using high tech software he showed people what their face would look like years in the future if they didn’t use sunscreen.

When people saw their own faces aged, sun-damaged and wrinkled they were aghast. Some screamed.

Here’s a clip from the show.

That got their attention.

We all spend 40% of the day on autopilot. Much of what we do every day is determined by habit and context, not by choice.

If change is going to happen we need to wake people up for a second so they see the problem.

(For more on how to work with difficult people, click here.)

Okay, attention is important. So should you just tell people what to do? Actually… that’s a really bad idea.

Setting an example is far more powerful than telling people what to do.

These days it seems like everyone is always busy on their phone. (You might be reading this on your phone right now.)

Often they’re not paying attention to anything around them. Dan thought it might be fun if phone zombies had their own lane. Here’s Dan:

You know what happened? People didn’t play along. In fact, they got angry. Nobody likes to be told what to do.

So Dan had his team take off the vests and just pretend to be pedestrians. Half of them took out their phones and walked in the phone lane.

The ones without phones walked in the other lane. And you know what happened?

Without a word, people complied. As crazy as a “phone lane” is, they joined right in without even thinking about it. Here’s Dan:

If they do what you recommend, you’re “telling them what to do.” And, hey, you’re not the boss of me.

Research shows that autonomy makes us happier than money.

Leaders take note: the best way to get a bad employee to behave might be to ignore them and focus on having your good employees follow the rules.

Same is true for parents. If everyone in the house does it one way, that problem child might be more likely to fall in line.

(For more on how to win every argument, click here.)

Of course, getting a group of people to all comply can be tricky too. Is there a simpler method? Yes.

Make Them Feel Something

Engaging people emotionally can be far more effective at producing change (and easier) than trying to make them think.

People who aren’t disabled sometimes park in disabled spots. They know they shouldn’t, but they rationalize it away.

Dan’s team changed the disabled parking signs so they had a photo of a person in a wheelchair on them looking right at you.

This did not reduce abuse of disabled spots –it totally eliminated it.

Cameras in the parking lot showed not a single person parked illegally while the new signs were up. What happened after the photos came down?

Getting people to feel something is powerful.

Lecturing people just bores them. Telling them what to do backfires. But if you make them feel what you’re feeling, you’ve got a shot. Here’s Dan:

But some people are tough. What if none of this stuff works? There’s still something that can help.

When Nothing Else Works, Distract

Sometimes we can’t change people, but we can reduce problematic behavior by distracting them.

Dan and his team set out to stop jaywalkers. But that’s hard — jaywalking is so spontaneous.

Next to the button pedestrians hit to get the streetlight to change, Dan and his team set up a screen with a little video game.

You got to play a version of tug-of-war with the person on the other side of the street. This distracted people from the boring wait.

Not only did jaywalking decline, some people didn’t even cross the street because they wanted to keep playing the game. Here’s Dan:

Parents know that putting a movie on for the kids can keep them occupied. And that guy at work is less annoying when he has a deadline.

John Gottman, the relationship expert, has done research showing that 69% of a couple’s problems are perpetual.

Those issues aren’t getting resolved and fighting just makes everyone angry. Distraction can help.

So distraction is a good weapon when nothing else works. But what strategy worked so well Dan now uses it all the time in his personal life?

Explaining to people why you need them to do something is incredibly simple — yet very effective.

Dan and his team wanted to get people to listen to the safety instructions flight attendants recite on airplanes.

So they had a whole group of people get into a test plane at a JetBlue facility. The plane never left the ground but it could simulate any part of a flight.

So after the flight attendant read the safety instructions they simulated a plane crash. Smoke, loud noises, the whole structure shook.

So they rewrote the safety instructions explaining why each one of the things was important.

They gave explicit descriptions of the awful stuff that could happen to your body if you didn’t put your tray table up or wear your seatbelt. Here’s Dan:

With the new group they simulated the crash again. And this time everyone “lived.”

Research shows that making a request and explaining “why” has huge effects — even if the explanation is silly.

Via Brain Candy: Science, Paradoxes, Puzzles, Logic, and Illogic to Nourish Your Neurons:

Dan now uses this method to get his son to take out the trash:

(For more on how to deal with kids, click here.)

Okay, Dan’s given us a lot to work with. Let’s round it all up.

One last experiment from the show: they wanted people to wipe down machines at the gym after they used them.

So the makeup team did up an actor so that he was just drenched in sweat and totally repulsive.

The machine he used was disgusting by the time he was done with it. When he went to leave without cleaning it, people were yelling at him.

And afterward, of course, nobody wanted to be a hypocrite, so they all cleaned their machines when they were done. Very effective.

So nudging others to behave better can be a good path to something we all too often neglect — correcting our own behavior.

As Mark Twain quipped, “Nothing so needs reforming as other people’s habits.”

Join over 135,000 readers. Get a free weekly update via email here. 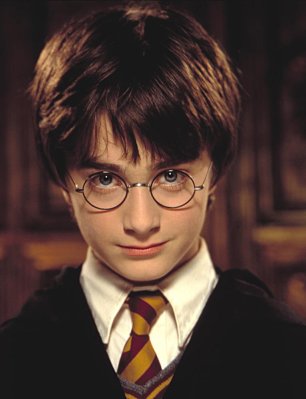