When Prince William and Kate come to New York City for their Dec. 7-9 visit, they will be staying at one of Manhattan’s swankiest residential hotels, the Carlyle on Upper Madison Avenue.

Not only was the landmark where William’s mother, Princess Diana, stayed when she first wowed New York in the 1980s – the hotel then became her residence whenever she visited the city – but more recently it was the home of Broadway and 30 Rock legend Elaine Stritch.

President John F. Kennedy maintained a suite in the towers, and his guests included Marilyn Monroe (other Presidents have gravitated toward the Waldorf-Astoria). Robert Evans was another Carlyle habitué, during his tenure as president of Paramount Pictures. Diane von Furstenberg, Jack Nicholson and Steve Martin were among the familiar faces at the hotel in the ’80s and ’90s, when John F. Kennedy Jr. also could be found there – including the fateful morning before his tragic plane crash. His final breakfast was at the Carlyle.

While in the States, the royals will take in a Brooklyn Nets and Cleveland Cavaliers NBA match. Their itinerary also will include a stop in Washington, D.C., where William will champion his United for Wildlife campaign.

Their trip ends at Manhattan’s Metropolitan Museum of Art, with a gala evening to benefit the Scottish university where the couple first met and fell in love, St. Andrews. 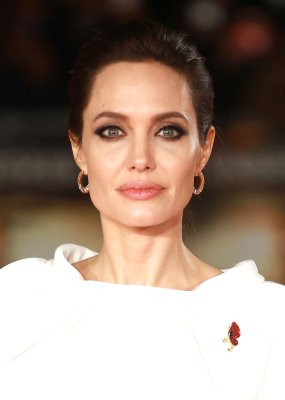 Angelina Jolie Says She Still Needs to 'Get This Wife Thing Down'
Next Up: Editor's Pick