National Guard Presence to 'Significantly' Ramp Up Around Ferguson

Missouri Gov. Jay Nixon pledged Tuesday to “significantly” ramp up the National Guard’s presence in and around Ferguson after a night of violent riots, fires and looting followed the announcement that a white police officer would not be indicted in the August shooting death of an unarmed black teen.

“No one should have to live like this, no one deserves this. We must do better and we will,” he said. “The violence we saw last night cannot be repeated.”

More than 2,200 Guardsmen would be deployed in the region, up from 700 in 100 locations on Monday night, in an effort to avoid repeating the events that played out in the area. Looters damaged or destroyed at least a dozen buildings, while others set several cars aflame, as law enforcement officers fired smoke bombs in a bid to restrain crowds of angry protesters.

Television networks, photographers and ordinary citizens wielding smartphones latched onto scenes of unrest, disseminating them widely as the night went on. In the morning, some showed scenes of the smoldering buildings and cars while others focused on immediate clean-up efforts.

“Our community not only needs to be safe,” added St. Louis County Police Chief Jon Belmar. “They need to feel safe.”

The announcement of the security boost came soon after Ferguson Mayor James Knowles criticized the lack of National Guard presence amid the tumult, saying he was “deeply concerned” that Nixon chose not to deploy additional Guardsmen as violence increased in the area. “It was my understanding that they would be deployed, if needed, to maintain order and protect businesses,” Knowles said. “They were not.”

Knowles also revealed that Wilson remains on administrative leave, pending the outcome of an internal investigation. Prior to the grand jury announcement Monday, Ferguson’s police chief had said the officer may be able to return to his job should he not be indicted. 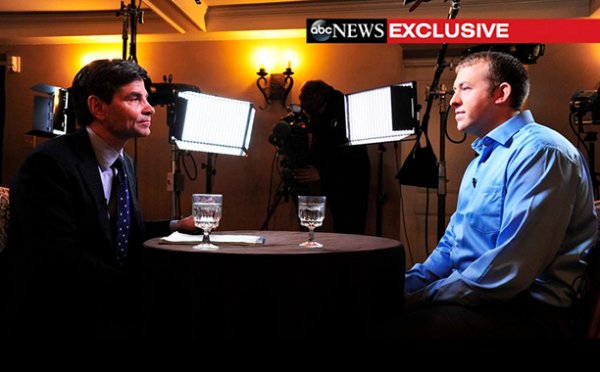 Darren Wilson: I'd Do Nothing Different
Next Up: Editor's Pick