A new study out of Vanderbilt University has confirmed prior research — and what many women already know — about the earning power of fat women: they earn less than their peers across different types of work, and this holds true even when their level of education is accounted for.

The study controlling for educational background is important, as this has often been suggested as the “real” reason fat women earn less, because they as a group also tend to be less educated, which is often put down to their being poorer, because they tend to get lower-paying jobs, all of which comes down to a hugely depressing and seemingly endless ride on the blame carousel. Because, it seems, no one likes to cop to the possibility that maybe fat women are paid less simply because of cultural bias against them.

A bias, it turns out, that seems to have a specific impact on the paychecks of fat women, and is a statistically insignificant issue for fat men.

Fat women earning less than their smaller peers is hardly new information; a 2010 study published in the Journal of Applied Psychology that analyzed pay discrepancies between people of different sizes found some dramatic differences. This study broke women’s body sizes down into categories of “very thin,” “thin,” “average,” “heavy,” and “very heavy.” It found that when compared to women of average weight, “very thin” women earned $22,000 more a year, while “very heavy” women earned almost $19,000 less.

And lest you think these burdens are shouldered only by the extremely obese, a weight gain of 25 pounds predicted an annual salary loss of approximately $14,000 per year — or even more, if the woman gaining the weight was previously thin, as thin women who gain weight are penalized more harshly than already-overweight women who do so. Even being as little as 13 pounds overweight resulted in $9,000 less per year. I hope this demonstrates that this issue is not exclusively of concern to the very fat, but women in general.

The new data, in a study authored by Jennifer Shinall, an assistant professor of law at Vanderbilt Law School, looks not only at differences in salary, but at the types of work fat women are likely to get. Every pound gained lowers the likelihood of a woman working in higher paying jobs that involve interaction with the public, or other forms of personal communication. And if they do get these jobs, they earn an average of 5% less than their average-weight counterparts anyway.

My own personal experience supports the notion that fat women can get a raw deal when job-hunting. I’ve been on lots of job interviews in my adult life, and even as a person with an unusual amount of self-confidence and a meticulous sense of personal presentation, I have lost count of the number of instances in which I have experienced this bias myself. I have had lengthy phone interviews with would-be bosses who seemed barely able to contain their certainty that I was the right person for the job — and then seen their faces perceptibly fall when I appeared in their office. I have met hiring managers who were overwilling to trade social exchanges about music and favorite restaurants during introductory chats via phone and email, but who turned aloof and distant once we were face to face, calculatedly avoiding eye contact, and in some instances plodding through the formal interview as though it was merely a hurdle to be overcome, so they could send me home and very shortly dispatch an email informing me that although they are grateful for my time, I am not the right fit for their needs.

I can’t say I’ve ever regretted missing out on the job in these cases; why would I want to work for an employer so put off by my appearance? I think of it as dodging a particularly slow-moving bullet. Nor do I think that these hiring managers were all horrible callous superficial fat-loathing monsters. Indeed, odds are strongly in favor of their not even being fully conscious of their bias, because it is often the nature of biases to be invisible to those they influence, and a revulsion toward fat people sure seems like a normal cultural response, unless you’ve ever been moved to think critically about it.

But it is frustrating to know — even if I can never prove it — that I was dismissed not because of a lack of expertise or capability, but because I did not look the way that person expected me to look. That is an injustice that you can get used to knowing, but it never stops being a tough thing to accept.

I’d wager that it is the same bias that likely keeps fat women as a group out of more interaction-heavy jobs, as the Vanderbilt study found; it’s likely that many businesses would prefer not to have a fat woman as a public-facing employee representing them to clients or customers, out of a fear that a fat woman’s appearance will suggest certain negative connotations that said public may then negatively associate with the business itself.

And despite the conventional wisdom that describes fat people as lazy humps — the same wisdom that leads hiring managers to assume that a fat job candidate will work less hard than a thinner one — Shinall found the opposite was true in occupational reality.

“As a woman becomes heavier she is actually more likely to work in a physical activity occupation. So morbidly obese women are the most likely to work in a physically demanding occupation,” says Shinall. “Physically demanding positions are healthcare support (nurse’s aides or home health aides), healthcare practitioners (such as registered nurses), food preparation and childcare.”

That’s right: the fatter a woman is, the more likely she is to be working in a physically taxing, extremely active job in which she is on her feet for most of the day, while thinner women are more likely to be chilling behind a desk and getting the bulk of their daytime exercise walking to and from the vending machine. Incidentally, this is also true of the fattest men, according to the study, which states that, “Obese men… are more likely than normal-weight men to work in jobs that emphasize all types of physical activity—including strength, speed, and stamina.” Figure that one out, society.

Ultimately, the purpose of Shinall’s research is to analyze these issues from a legal perspective.

All of this data, says Shinall, could set the stage for some very interesting legal strategies on behalf of overweight women in the coming years. While some women have sought protection from discrimination under the Americans with Disabilities Act, Shinall notes that the fact that many obese women do just fine in physically demanding jobs suggest that may not be the perfect tool.

Title 7 of the Civil Rights Act, on the other hand, opens the door to something different: a “sex plus” claim, based on a company’s unequal treatment of men and women facing precisely the same circumstances (such as a refusal to hire someone with preschool-aged children.) It’s this law that female flight attendants used to defeat formal weight limits.

Weight discrimination has always been nearly impossible to prove in court, in part because there are so few laws in place explicitly making it illegal. Only the state of Michigan includes weight discrimination alongside race, sex, religion, and other points of bias in employment. On a local level, Santa Cruz, CA, Washington, DC, Binghamton, NY, Urbana, IL, Madison, WI and San Francisco, CA all have laws on the books outlawing discrimination based on weight. But that’s it. In other places, even if by some feat you are able to prove weight discrimination beyond a shadow of a doubt, you then also have to prove that the discrimination is itself against the law — by citing the ADA or other legislation and trying to make it fit your situation.

But employing the ADA as a legal grounds against weight bias has long been controversial, since many able-bodied fat people are reluctant to align obesity with disability as a universal fact. Some fat people have disabilities related to their weight, but there are also a great many who do not, and including able-bodied fat people under the ADA could dilute the ADA’s purpose, especially considering that the biases and challenges disabled folks face trying to live in the world are often very different than those experienced by fat people. We need not conflate the two ideas for each to be important and worthy of recognizing on its own merits.

Using Title 7 as a basis for protection would identify weight bias as a matter of sex discrimination, a claim bolstered by Shinall’s findings (and that of many other studies) that fat men do not experience the same pay discrepancies based on weight. Fat bias in the workplace — at least when it comes to a paycheck — is a consistent and severe problem for women at all levels of employment, background, and education, which ought to make gender the central feature. As Shinall notes, in this light, it would make little sense to approach this as a matter of physical ability or accommodation.

The simple fact is, many of us don’t want to believe that weight discrimination in the workplace is real, no matter how many studies and statistics come out demonstrating it. Or, worse yet, that it may be real, but it is acceptable and correct. Rather than acknowledge the injustice of fat women being paid less and given fewer opportunities because of how they look, it is easier to assume that they are, intrinsically, worth less as employees. Such an assertion comes naturally in a culture that treats fat women as though they are likewise worth less as human beings. And so, the argument goes, this is not discrimination, but rather the appropriate way of business.

Fat bias is pervasive issue with measurable affects on people’s lives, and not simply a cosmetic concern, or a source of occasional public discomfort. From public insults, to difficulty securing quality and supportive healthcare, to staggering pay discrepancies, it is not a minor problem, but one that affects millions of people to varying degrees, many of whom don’t even realize they are being hurt by it, because they believe they are getting only what they deserve. And that’s the great tragedy of weight discrimination — the fact that so many people experiencing it believe that it is justified, and not something they are entitled to resent or to fight. As long as that cycle keeps churning, change is going to come slowly indeed. 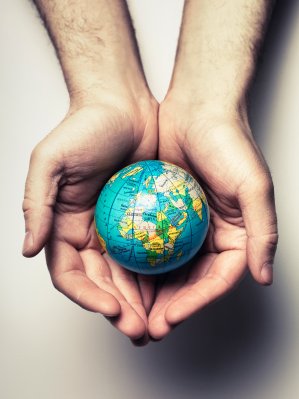 Let's Give Thanks and Stop Whining This Holiday Season
Next Up: Editor's Pick