Cinnamon is one of my feel-good foods. The scent reminds me of fall, my favorite time of year, and brings back memories of making apple pies with my mom, and celebrating the holidays.

While I’ve always been a fan of its flavor and aroma, as a nutritionist, I’m also thrilled to spread the news about cinnamon’s health benefits. For example, one teaspoon of cinnamon packs as much antioxidant potency as a half cup of blueberries, and cinnamon’s natural antimicrobial properties have been shown to fight strains of E. coli, as well as Candida yeast. Also, while technically not sweet, “sweet spices” like cinnamon, nutmeg, and ginger have been shown to boost satiety and mimic sweetness, which allows you to cut back on sugar in nearly anything, from your morning cup of joe to a batch of homemade muffins.

Pretty impressive, but that’s not all. Here are five more potential health benefits of spicing things up!

In a recent study from Penn State, researchers found that a diet rich in spices, like cinnamon and turmeric, helped curb the negative effects of downing a fatty meal. After a high-fat meal, levels of fats in your blood known as triglycerides rise, and chronically high triglycerides raise the risk of heart disease. In this small study (in just six overweight but otherwise healthy men between 30 and 65) the results of adding spices were significant. On two separate days, volunteers added two tablespoons of spices, including cinnamon, to a fatty meal, which was tested against an identical control meal without spices. Blood samples drawn after meals revealed that in addition to 13% higher blood antioxidant levels, the spices reduced triglycerides by about 30%.

In research led by U.S. Department of Agriculture, scientists found that antioxidant-rich cinnamon extract helped reduce risk factors associated with diabetes and heart disease. In the study, 22 obese volunteers with prediabetes were divided randomly into two groups. One was given a placebo, the other a dose of dried water-soluble cinnamon extract twice a day, along with their usual diets. Fasting blood samples collected at the beginning of the study, and after six and 12 weeks revealed that the cinnamon extract improved antioxidant status, and helped reduce blood sugar levels.

HEALTH.COM: 10 Easy Ways to Slash Sugar from Your Diet

Cinnamon has been shown to slow stomach emptying, which curbs the sharp rise in blood sugar following meals, and improves the effectiveness, or sensitivity of insulin. A University of Georgia study also found that cinnamon can prevent tissue damage and inflammation caused by high levels of blood sugar. When blood sugar levels are high, sugar bonds with proteins to form compounds called advanced glycation end products, or AGEs. AGEs activate the immune system, which triggers the inflammation and tissue damage associated with aging and diabetes. In the study, researchers found a strong and direct link between the antioxidant content of common herbs and spices, including cinnamon, and their ability to prevent AGEs from forming. This effect also further decrease the risk of heart damage, since AGEs contribute to hardening of the arteries.

Research shows that just smelling cinnamon enhances cognitive processing, but consuming it significantly ups brain function. Scientists at Wheeling Jesuit University asked volunteers to complete computer-based tasks while chewing no gum, plain gum, or gum flavored with cinnamon, peppermint, or jasmine. Cognitive processing was boosted the most in those given cinnamon, which sped up visual-motor responses and improved attention scores. This aromatic spice may also help the brain heal. One study from scientists at the Agricultural Research Service found that cinnamon extract prevented brain cells from swelling in the ways typically seen after a traumatic brain injury or stroke.

HEALTH.COM: 12 Ways to Improve Your Concentration at Work

In animal research supported by grants from National Institutes of Health, scientists found that after ground cinnamon is ingested, it’s metabolized into a substance called sodium benzoate, which enters into the brain. In mice with Parkinson’s, the positive effects included neuron protection, normalized levels of neurotransmitters, and improved motor functions.

To take advantage of cinnamon’s potential benefits, incorporate it into more meals. One of the things I love about this spice is how versatile it is. I use it in both sweet and savory dishes, and I feel like I’m always finding new ways to add it to meals, snacks, and beverages. Here are 10 easy ideas:

NOTE: While cinnamon is healthful, just be sure not to overdo it. Don’t take cinnamon supplements unless they have been prescribed by your physician, and check out this info from the National Library of Medicine about the potential risks for some of consuming too much cinnamon. 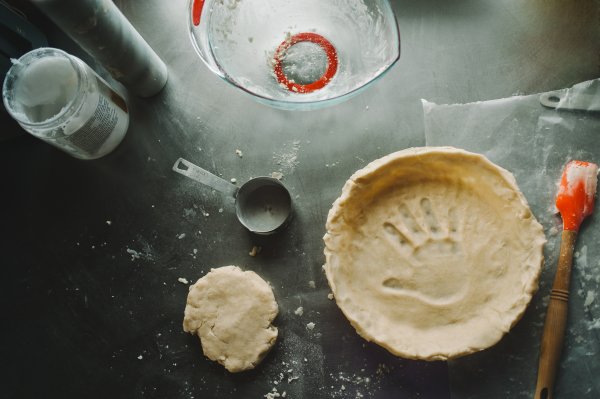 5 Healthy Baking Swaps You Need to Try
Next Up: Editor's Pick