What History Books Should Say About Ferguson

When the grand jury decision not to indict officer Darren Wilson in the shooting of Mike Brown was announced late Monday evening in Ferguson, Mo., the world was watching. After hours of delay, misleading “Breaking News” banners, and a preemptive build-up of riot management forces on Ferguson streets, we were more than ready to hear the verdict. But the lengthy remarks delivered by St. Louis County prosecuting attorney Robert McCulloch were far less welcome.

McCulloch padded his announcement with nearly 30 minutes of narrative, detailing his own particular version of events in Ferguson since August 9, 2014, when Brown, an unarmed black teenager was fatally shot in the street. He complimented local authorities, conveniently choosing not to mention their internationally panned militarized assault on citizens in the days following Brown’s death. He praised his own management of the process, conveniently ignoring the fact that Attorney General Eric Holder had to step in for oversight and ultimately, to launch a federal investigation because of a lack of trust in the local “process”. And while no indictment came for Darren Wilson, in McCulloch’s tale, the media, twitter, eyewitnesses and even Mike Brown himself were tried and found guilty.

Why would McCulloch feel compelled to use his time on the national stage to recount the previous three months and tell his story? Because as a public official and an attorney, he understands the importance of the record: what account is written, what story is told, and, most of all what remains in our collective memory. What matters most as the chaos of cultural moments and social movements unfold is the history – or, more accurately, the telling of the history for generations to come.

As the late Nigerian writer Chinua Achebe tells us: Until lions have their own historians, the history of the hunt will always glorify the hunter. This history, an account of these past months, matters because as much as we want to believe that the problem upon which these events were built – violent, systemic racism – will be a distant memory by the time our children are themselves adults, the arc of the moral universe is long…very long. It is quite possible (read: highly likely) that the struggle to make a more perfect union will continue and that our grandchildren will turn to the history books for context for their own fight. There they will read about our turning point moments – and about us: the activists, the officials, the media, the mothers and fathers, the sons and daughters, the heroes and villains of these perilous times.

So, for future generations, let us write some history:

Let the record show that after Mike Brown’s death, Ferguson became ground zero for a movement that had been building in cities all across America. It was not the isolated reaction of a group of disgruntled residents. Thanks to the fearlessness and raw emotion of the Ferguson community, it was the strike of the match that finally lit the flame for people nationwide who felt as if those sworn to protect them, were hunting them instead.

Let the record show that a generation of young people rose up in this moment to lead. Tell the story of Ashley Yates, Tef Poe, and Tory Russell, brilliant young people ushering in a new era of activism, media, politics and community engagement. Tell the story of the organizations and networks that they are building in the face of a narrative that claims that young black people will loot and tweet but not strategize and work.

Let the record show that despite widespread celebrity disengagement from issues of racism, Grey’s Anatomy actor Jesse Williams has tirelessly forgone the glamour of his Hollywood career to be a bold, unapologetic presence in Ferguson and beyond, making him poised to be this generation’s Harry Belafonte.

Let the record show that national organizations like the nearly one million member ColorofChange.org worked in solidarity with Ferguson residents to support their leadership and also connect the events on the ground to a larger movement against injustice and police brutality.

Let the record show that members of rival St. Louis gangs stood together, united, protecting the elderly, women, children and physical property during the protests as a show of solidarity for their community.

Let the record show that it was not the Ferguson police department who made history but the hundreds of people who stood peacefully night after night for 15 weeks, chanting, talking and holding one another at youth organized meetings and healing stations organized by poet Elizabeth Vega.

Let the record show social media’s role in raising the name and story of an unarmed black citizen being killed – just as it has for Ezell Ford, Rekia Boyd, Eric Garner, Oscar Grant, Renisha McBride, Jordan Davis, Aiyana Stanley-Jones and countless others.

Let the record show that those very same social media platforms and voices were responsible for shining light on a city using tanks and tear gas on its citizens when mainstream media was being arrested and shut out.

Yes, let the record show the rage. Do not be afraid to talk about the disproportionately small number of people who would rather break things – windows, shelves, fences – than stand for the breaking of more people.

And most importantly, let the record show that the George Zimmerman verdict and the Darren Wilson decision are not evidence of black people’s delusions of racism but instead of how deeply entrenched bias and hatred is in a system that was built on, you guessed it, state-sanctioned racism.

Long after the facts of the case have been parsed and forgotten, long after Mike Brown t-shirts are faded and Darren Wilson rides off into a sunset that still hides George Zimmerman, there will be a record.

And if written correctly, it will tell the story of a people who refused to let America run from her promise of justice and equal protection under the law; citizens who used every awful tragedy, every imperfect victim, every messy media firestorm, every conflicting account, every questionable death, every chance it got to scream a truth that it knows deep in its bones: the police state is dangerous and unequal.

So, dear lions. Those of you black, brown, female, gay, poor, and oppressed; those feared and hunted by a system that won’t recognize its flaws, commit now to being historians. Tell and claim the parts of the Ferguson story that didn’t make it into the President’s remarks or McCulloch’s recap or the 24 hour news coverage.

If we do this, history will undoubtedly show what the state never has: that black lives – and all lives – matter. 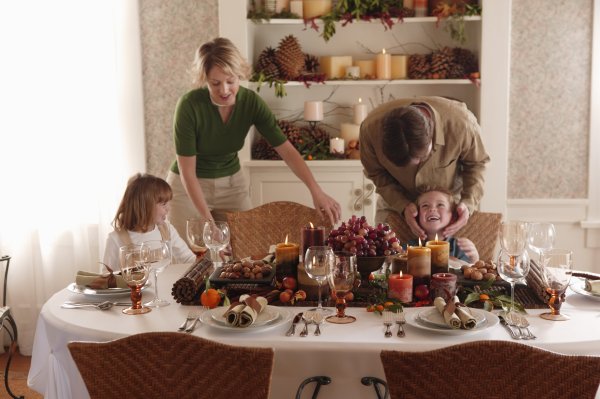 How To Acknowlege Native Americans this Thanksgiving
Next Up: Editor's Pick