This Feb. 22, 2014, file photo shows Joaquin "El Chapo" Guzman, the head of Mexicos Sinaloa Cartel, being escorted to a helicopter in Mexico City following his capture overnight in the beach resort town of Mazatlan
Eduardo Verdugo—AP
By TIME Staff

Vowing to send a message to drug traffickers around the world, a U.S. judge sentenced Alfredo Vasquez-Hernandez, 59, to 22 years in prison for his role in a billion dollar narcotics trafficking conspiracy.

Hernandez, reputed to be a lieutenant in a Mexican drug cartel led by Joaquin ‘El Chapo’ Guzman, asked for “forgiveness and pity” moments before the sentence was read out, reports the Associated Press.

Chief U.S. District Judge Ruben Castillo was unmoved, however. “I tell you on behalf of all citizens of Chicago … we are tired of this drug trafficking,” he said.

Hernandez pleaded guilty of possessing heroin and cocaine with intent to distribute. However, his attorney, Paul Brayman, requested the minimum 10-year sentence, maintaining that “anything more … is a death sentence,” considering his client’s advanced years.

The prosecution relied primarily on the testimony of twins Pedro and Margarito Flores, former associates of the Sinaloa cartel turned government witnesses. They portrayed Hernandez as a close aide who helped Guzman move tons of illicit drugs from Mexico to Chicago within furniture cargo.

In mitigation, Brayman said Hernandez was merely an auto-mechanic caught in a one-off drug deal while the testimony of the Flores twins could not trusted, as they had to have cut a deal with prosecutors.

Castillo maintained that while the legitimacy of what the twins said could be called into question, it was not the ranking of Hernandez within the cartel that mattered. The judge also questioned the portrayal of Hernandez as an hapless auto-repairman caught in the act for which he was extradited to Chicago in 2012.

“I am not going to sit here … and think for one second this was the first time you happened to do this,” said Castillo.

After hearing the sentence, Gabriel Vasquez, the 43-year-old son of Hernandez, told reporters his father was “not the monster that everyone says he is,” and that the sentence was too harsh. 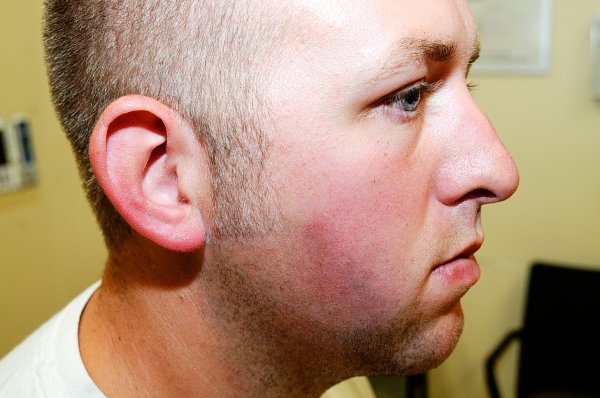 Read Darren Wilson's Testimony to the Grand Jury
Next Up: Editor's Pick