Australian International Cricketer in Critical Condition After Being Struck by Ball

Australian cricketer Phillip Hughes has been rushed to hospital in a critical condition after being struck on his head by a ball during a regional match in Sydney.

The incident has quickly rippled through the cricket world as a salutary reminder that the sport, despite its sedate reputation, can be explosive and dangerous.

The 25-year-old batsman reportedly looked at his feet for a few seconds before staggering and collapsing face-first onto the ground, after a quick, rising ball from bowler Sean Abbott. The aggressive pitch, known in cricketing parlance as a “bouncer,” struck him just below his left ear.

Hughes was seen breathing through an oxygen mask soon after the arrival of three ambulances and a helicopter bearing additional doctors and medical staff. He was then taken by road to a nearby hospital, whose spokesperson told reporters that the athlete was undergoing surgery.

Cricket balls, made out of cork wrapped in leather, are capable of traveling at up to 100 m.p.h., making them potentially lethal projectiles. They are harder and heavier than baseballs, and cricketers have been killed by them in the past.

“Our thoughts and prayers are with Phil Hughes and his family at this time,” the South Australia Cricket Association said in a statement.

Hughes has represented Australia in both One Day Internationals and at Test level — the highest form of the game. He was attempting to get picked for the Australian squad due to face India later this month after chalking up an impressive 170 runs in three Sheffield Shield matches this season. 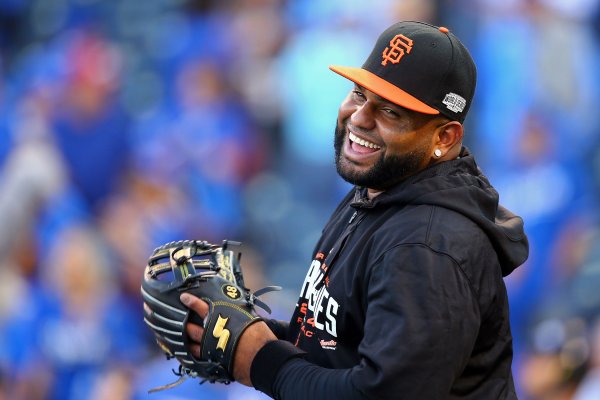