Hollywood actor Dustin Hoffman admits to being starstruck by Judi Dench, after the actors appeared alongside one another in the BBC adaptation of Roald Dahl’s Esio Trot. Hoffman, 77, described Dench, who is two years his senior, as a “scrumptious-looking woman.”

“I said to Judi, ‘If I met you then, I wouldn’t have let you get away,'” said Hoffman as quoted by Agence France-Presse. He appears in Esio Trot as a bachelor in love with his neighbor, played by Dench, who seems to be more inclined toward her pet tortoise.

Hoffman, who rose to stardom playing an awkward love-struck youth in late Mike Nichols masterpiece The Graduate, was hopeful of doing “a love story where we meet in our 20s but yet we’re acting as we are now.”

Esio Trot is being adapted by British screenwriter Richard Curtis, whose previous work includes the acclaimed romantic comedies Notting Hill and Four Weddings and a Funeral. His latest opus is scheduled to be screened over Christmas.

Among all the characters of his films, Curtis said last month, the couple played by Hoffman and Drench in Esio Trot were “most likely to stay together.” 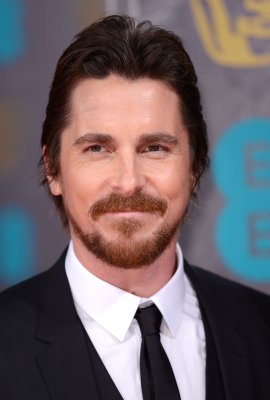 Christian Bale 'Jealous' Ben Affleck Gets to Play Batman
Next Up: Editor's Pick