Here's What Could Happen After the Ferguson Grand Jury Decision

A St. Louis County grand jury reached a decision this afternoon on whether or not to indict Darren Wilson, the white police officer who shot and killed Michael Brown, an unarmed black teenager, in Ferguson, Mo. this summer. Here are some possible legal scenarios that could unfold depending on the decision, which is expected to be released tonight.

While charges of murder are unlikely, an indictment on any of these four possible charges could result in a similar trial. “It’s all going to turn on, was the officer in fear for his life such that this use of deadly force was justified,” says Michael Kirkpatrick, visiting professor of law at Georgetown Law School. “No matter what the charge is, that’s really what’s going to be the focus of the trial.”

If the grand jury hands down an indictment, a trial would be set and the prosecution would be required to turn over to the defense any exculpatory evidence they found during the grand jury investigation. During this “discovery period” of the case there could also be plea negotiations, where Wilson’s defense would need to decide whether to go to trial or try to plead to a lesser charge.

The process could get drawn out. “A citizen has a right to a speedy trial, but sometimes in these really high profile cases the defense might want to slow it down [to try] to put more distance between the incident and when it actually goes to trial,” Kirkpatrick says.

Scenario 2: Wilson is not indicted

If the jury decides not to indict Wilson, that doesn’t necessarily mean he’s off scot-free. While he wouldn’t go to criminal court for Brown’s death, he could still face civil rights charges by the Justice Department or a civil wrongful death lawsuit filed by Brown’s family.

If the federal government decides to bring a federal indictment against Wilson, he would be brought to court in the federal system rather than at the state level, as would happen if the St. Louis County grand jury indicts him.

But in the event that the state doesn’t indict Wilson, regardless of whether the federal government decides to pursue the case, it’s highly likely that Brown’s family will bring a civil suit against Wilson. In a civil case for wrongful death, the burden of proof is a preponderance of evidence, rather than the threshold of “beyond a reasonable doubt” in criminal cases. Wilson wouldn’t face any criminal punishment like jail time, but the family could be entitled to monetary compensation depending on how the jury assesses the damages.

Kirkpatrick says most civil cases settle. But in a civil trial, it could be a long time before the Brown family sees any payment for the death of their son. “That could easily drag on for 18 months to two years before they got to a civil trial,” according to Kirkpatrick. 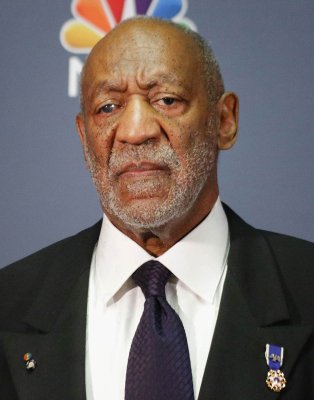 Woman Who Got Cosby Cash Calls It 'Generosity'
Next Up: Editor's Pick