By Ashley Ross and Nolan Feeney

YA literature and pop superstardom collided Monday when John Green and pop (née country) sensation Taylor Swift synced up over the phone. Green took to Twitter, from the set of the film adaptation of his book Paper Towns, to let his 3 million followers know about the exchange.

It’s no secret that the two are fans of each other’s work. When Swift’s album 1989 was released, Green blogged about listening to it when he should have been paying attention in meetings. Swift responded that he was her favorite author. And so began the social media love fest. But what could the two be discussing? Here are some theories:

He’s asking her to contribute to the Paper Towns soundtrack. The film starring Nat Wolff and Cara Delevingne will hit theaters in June of 2015. Acts like British crooner Ed Sheeran and rising pop star Charli XCX contributed to The Fault in Our Stars soundtrack this year, but perhaps Green is hoping to bring some even bigger guns on board this time — like a certain TIME magazine cover star.

They could be interviewing each other. Magazines sometimes put celebrities together to see what happens. That’s basically the whole premise of Interview magazine. The New York Times also just sat down with authors Gillian Flynn and Cheryl Strayed to talk about their books’ film adaptations. Maybe Swift and Green hopped on a call to share their insights on teenagers? With his book sales and her record sales, they certainly know how to tap into America’s youth.

They’re discussing movie roles. Swift likes a challenge, so after dominating the music industry, maybe she’s setting her sights on Hollywood. Paramount has signed actress and filmmaker Sarah Polley to adapt Green’s Looking for Alaska, but no one has been cast as the blonde, beautiful and enigmatic Alaska yet. Or perhaps Green was so impressed with Swift’s brief appearance in The Giver that he’s asking her to make a different cameo in the film.

Taylor wants another friend. The star is famous for making new besties and entertaining them in style. Tavi Gevinson, Emma Stone, Lena Dunham, Selena Gomez, Karlie Koss and even Kendrick Lamar are in Swift’s social circle. So given their mutual admiration, why not add Green to the list? Maybe she invited him over to make pie.

They’re talking about Serial. The Serial podcast is the most popular podcast in the history of podcasts, so why couldn’t the author and the pop singer be among its 1.5 million fans? Maybe Swift can’t stop thinking about the call from Nisha. Maybe, like reporter Sarah Koenig, Green is dwelling on the selective use of phone call records in the murder case. Most important of all, what’s a Best Buy? What makes its Buy the Best?

He’s trying to get her back on Spotify. Perhaps Green has discovered that, since 1989 came out he can’t get work done listening to anything else. Green can likely afford Swift’s music, but maybe he’s concerned about the next generation of novelists who are unable to experience the joys of crafting great fiction while “Wildest Dreams” plays softly in the background. “But Taylor, Beyoncé just put her last album on Spotify, why can’t you do the same? Think of the children!” Green pleads. “Oh John,” Swift laughs. “Would you like it if people could read your books for free?”

Read next: Taylor Swift Defends Albums as ‘Art’ at the American Music Awards 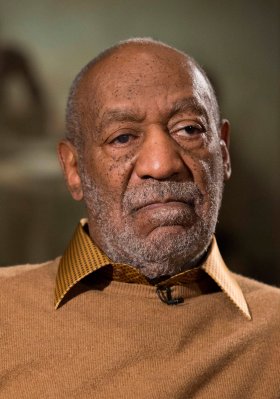 Understanding the Cosby Scandal
Next Up: Editor's Pick