How to Argue About Immigration Over Thanksgiving

Americans may be living in states, cities and even neighborhoods that are divided politically, but there’s one place where people of all political stripes meet: the Thanksgiving table.

But if you want to make the best case for your side, you’ll need to prepare. Below, we’ve put together a guide to how to argue about immigration while you wait for the turkey to cook.

If you talk about amnesty:

Facts to back you up: The deferrals will only last through 2017, when it would be up to the next president whether to continue the program.

And you oppose Obama: “It doesn’t matter what you call it. Obama’s allowing people who came to the country illegally to stay.”

Facts to back you up: The deferral program applies to as many as four million undocumented immigrants who have no criminal record and pay back taxes.

If you talk about past presidents:

And you support Obama: “Reagan and the first President Bush both took similar actions to let undocumented immigrants stay.”

Facts to back you up: Ronald Reagan signed a 1986 law that granted amnesty to three million undocumented immigrants, while George H.W. Bush allowed family members to stay in 1990.

And you oppose Obama: “That was different. Congress had already passed a law granting amnesty. This time, Obama is going against the will of Congress.”

Facts to back you up: Congress passed the 1986 overhaul on bipartisan lines and later made Bush’s 1990 order permanent with another law.

If you talk about presidential power:

And you support Obama: “Immigration is not like other issues. The president has legal discretion to decide whether or not to deport people.”

Facts to back you up: The Supreme Court has long said that the president has the power to decide whether or not to prosecute a case.

And you oppose Obama: “Today it’s immigration. Tomorrow it’ll be a Republican president deciding not to enforce tax laws. Where does it end?”

Facts to back you up: When asked in 2013 what he could do to stop deportations, Obama said he was “not the emperor of the United States.”

If you talk about politics:

And you support Obama: “Congress had plenty of time to pass a bill. Obama’s just getting around classic Washington gridlock.”

And you oppose Obama: “Obama signed this just before Republicans took control of Congress. Good luck getting them to work with him.”

Facts to back you up: After the midterm elections, House Speaker John Boehner said that if Obama acted alone on immigration he would “poison the well.” 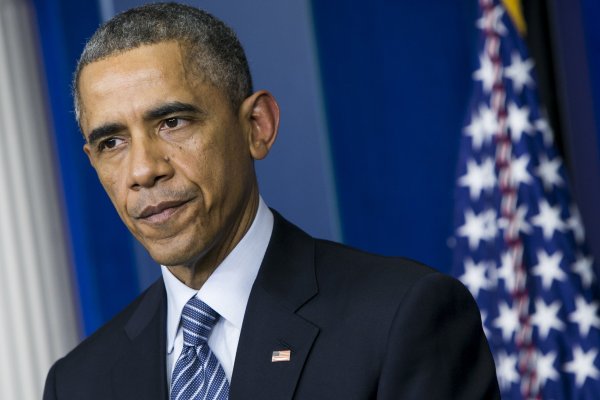 Americans Divided Over Obama's Immigration Moves
Next Up: Editor's Pick