When the Heart Stops Beating, Advanced Care Might Not Be Better

When emergency medical responders receive a call that someone’s heart has stopped, standard practice is to send the best help available: a truck equipped with a team trained in provide everything needed for advanced life support, from administering an IV drip to inserting a breathing tube down a person’s airway to get air into their lungs.

But in a study published in JAMA Internal Medicine, researchers led by Prachi Sanghavi, a PhD candidate in health policy at Harvard University, found that the more advanced teams and trucks didn’t always lead to better outcomes for patients. In fact, when people whose hearts had stopped received care from basic life support—oxygen via masks and life-support interventions like chest compressions with automatic defibrillators—they survived more often after getting to the hospital than those receiving advanced life support. Sanghavi and her colleagues, who included physicians at Massachusetts General Hospital, found that those receiving basic life support were 43% more likely to survive and be discharged from the hospital than those getting more advanced care by emergency teams. That pattern held even after 90 days.

Why does the more advanced care lead to worse outcomes? Sanghavi says that the study, which looked at Medicare claim data for people having out-of-hospital cardiac arrest, did not collect data on the experience levels of the emergency medical responders, but they did account for potential influences such as the patients’ previous heart health history. She notes that the data involved only patients whose hearts had stopped, and not those who had a heart attack, in which blocked vessels may cause the heart to beat irregularly but continue to function.

MORE: New CPR Rules: Pump First, and Save the Breaths for Later

Researchers found that basic life support teams might be able to bring patients to the hospital more quickly because they aren’t equipped to do much in the way of treating patients in the field. “One argument is that the time it takes to provide interventions in the field isn’t worth it when the hospital is not far away,” says Sanghavi. The study looked only at urban or suburban areas where hospitals are relatively close by.

Wearing Face Masks and Social Distancing Actually Work to Contain COVID-19, According to a New Study

Data also shows that hospital staff may be more experienced at performing advanced life support techniques like inserting breathing tubes and setting IVs, so fewer complications may arise. Some previous studies found that emergency responders only perform about one intubation a year, a procedure that may require more practice to be performed well. “It’s the kind of thing you want to keep up with, and do all the time to be good at,” says Sanghavi.

Advanced life support teams are able to provide more potentially lifesaving drugs to patients, including those that may open up blockages or restart the heart. But using such drugs properly requires knowing exactly what caused the heart to stop, something that’s not always obvious to those working in an emergency situation in the field. “There are treatments that would get at the underlying cause of cardiac arrest that we would never provide in the field,” Sanghavi says.

Based on their data, Sanghavi’s team believes that the priority for patients whose hearts have stopped should be to transport them as quickly as possible to a hospital. For that, an advanced life support team—which is more expensive and may even end up doing more harm than good—may not be necessary. “We believe the priority should be to provide basic life support principles of rapid transport, because it doesn’t seem like advanced life support is doing any better,” she says. 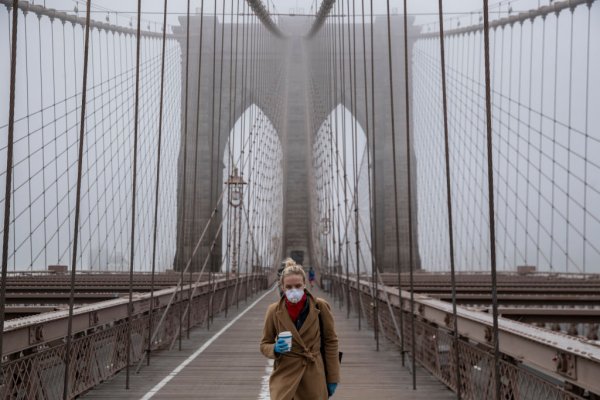