Billed as Times Square's largest and most expensive digital billboard, a new megascreen is debuted in front of the Marriott Marquis hotel on Nov.18, 2014 in New York City.
Spencer Platt—Getty Images
By Victor Luckerson

The lights of Times Square just got a little bit brighter, as Google is taking over a massive new digital billboard that spans an entire city block in the heart of New York.

The new screen is more than 25,000 square feet in size and has a pixel density even greater than high-definition 4K displays. Clear Channel, the company that built the ad space, says it’s the largest digital screen in North America.

Google is taking over the space just in time for Black Friday and the holiday shopping season. The search giant will use the screen to present an interactive mobile game this week in which people can “Androidify” themselves, becoming cartoon characters similar to the ones in Google’s new Android marketing campaign. Google hopes to present 25,000 personalized Android characters on the screen each day. In addition to pushing products like Android, Chrome and Nexus, Google will offer some billboard screen-time to nonprofits such as Charity Water and Khan Academy.

The new screen is located on Broadway between 45th Street and 46th Street. The price of the ad wasn’t disclosed. 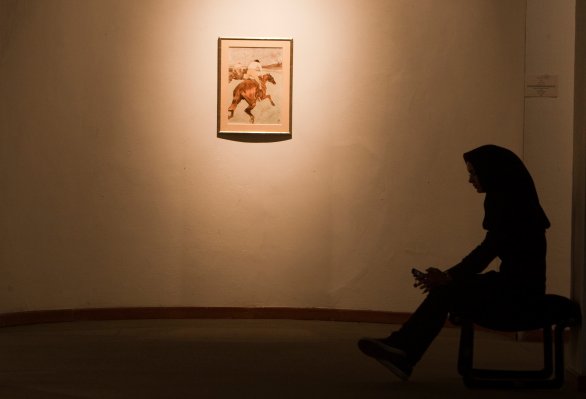