On Monday, President Obama will award 19 people with the highest honor possible for an American civilian, the Presidential Medal of Freedom. Though the majority of the honorees, like Tom Brokaw and Stephen Sondheim, are famous and living, one of the items on the list of recipients stands out: James Chaney, Andrew Goodman and Michael Schwerner.

Not only is theirs the only item on the list honoring a group rather than an individual, but their names may also be unfamiliar to most people, as well as the achievement, half a century ago, for which the three men are being honored — one that resulted in their deaths.

Chaney, Goodman and Schwerner were part of the “Freedom Summer” voter-registration drive that took place in Mississippi in 1964; they were killed that June. Their deaths, in the words of the White House, “shocked the nation and their efforts helped to inspire many of the landmark civil rights advancements that followed.”

Here’s what happened to them:

As TIME reported in its issue of July 3, 1964, Chaney and Schwerner were among the staffers at an “indoctrination course” in Ohio at which hundreds of Northern college students prepared to go to Mississippi to register voters. Schwerner, then 24, was a social worker from New York who had spent the previous two years, along with his wife Rita, working for civil rights with the Congress of Racial Equality (CORE). Chaney was a high-school drop-out who had joined CORE and volunteered to be an instructor at the orientation for voter registration. Goodman was one of their students, a junior at Queens College who was relatively new to the civil-rights movement. They left the orientation, along with five other people, on June 20 and drove to Mississippi.

On the morning of June 21, they visited the office of the Council of Federated Organizations (COFO)—an advocacy group that was one of the organizers of the drive—in Meridian, Miss., before driving to see the site of a recently burned-down church in the area. They met with one of the church’s lay leaders, who described to them what had happened during the fire, and then set off to return to Meridian. Their car was stopped for speeding around 5:00 p.m. near Philadelphia, Miss. They were booked at the county jail, fined and told to leave.

Late that night, the police deputy escorted them to the edge of town. But they never returned to Meridian. COFO alerted the FBI and the highway patrol. Within three days, their car was found — gutted and stripped — and a full-scale search was underway (see map). It was slow going, according to TIME:

Their bodies were found more than a month later. All three had been shot.

Three years later, the local Sheriff and his deputy were indicted by a federal grand jury on civil rights charges. Though the deaths of Chaney, Goodman and Schwerner were considered, no murder charges could be bought. (Those would have had to have come from Mississippi, not the federal government.) When the related trial began that October, more than a dozen Mississippians faced charges.

During the trial, eyewitness accounts by paid informers revealed what had happened to the three men. As TIME reported:

Seven of the defendants in that trial were found guilty of conspiracy. In 2005, a former Klansman became the first person to face actual murder charges related to the case; he was convicted and sentenced, aged 80, to 60 years in jail.

President Obama mentioned each by name in his 2013 speech commemorating the 50th anniversary of Martin Luther King, Jr’s March on Washington. “To dismiss the magnitude of this progress — to suggest, as some sometimes do, that little has changed — that dishonors the courage and the sacrifice of those who paid the price to march in those years,” the President said. “Medgar Evers, James Chaney, Andrew Goodman, Michael Schwerner, Martin Luther King Jr. — they did not die in vain. Their victory was great.”

Read TIME’s original 1964 report on the search for the missing men in the TIME Vault: The Grim Roster 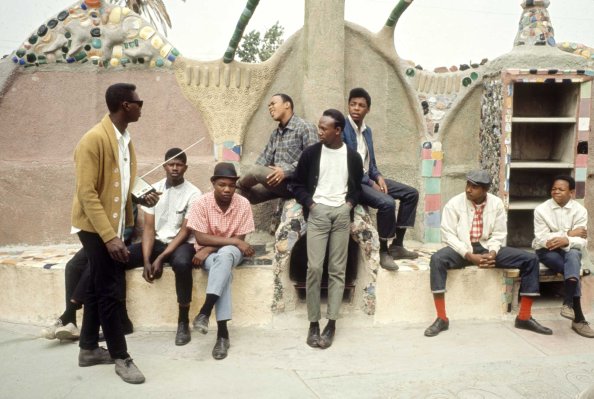