Kentucky Republican Sen. Rand Paul said in a new interview that Congress should formally declare war against the Islamic State of Iraq and Greater Syria (ISIS) as a way to limit the engagement against the militant group and take war powers back from President Barack Obama.

“War cannot be initiated without Congress,” Paul told the New York Times in advocating for the first formal declaration of war since World War II. Paul is circulating a resolution to do just that.

A likely 2016 presidential candidate whose libertarian-leaning foreign policy is viewed skeptically by many conservatives and mainstream Republicans, Paul is likely to face backlash from members of his own party who don’t want to limit the President’s authority when it comes to fighting ISIS.

“Conservatives are mad at him about immigration. And they’re mad about him using executive authority on Obamacare,” Paul said. “But this is another example where he doesn’t have much respect for Congress, and some conservatives don’t quite get that.”

MORE: The reinventions of Rand Paul

Paul told TIME earlier this year that his support for fighting ISIS, which has taken control of large swaths of Iraq and Syria, “doesn’t mean you give up your principles of thinking war is the last resort.” 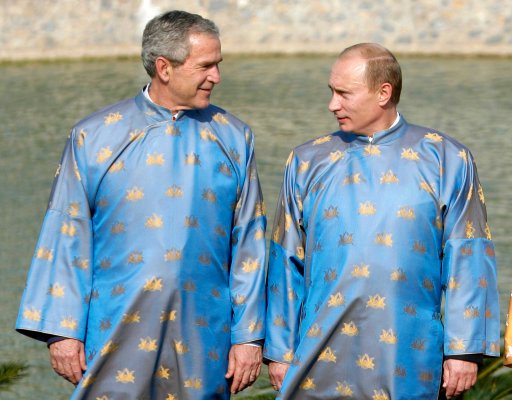 All the Presidents' Looks: 9 Pictures of Commanders-in-Costume
Next Up: Editor's Pick