Taylor Swift accepted from Diana Ross the Dick Clark Award for Excellence, a new lifetime-achievement prize, at tonight’s American Music Awards — and in Swift’s telling, the presenter choice wasn’t as random as it seemed.

Ross “stood up for herself so many times, in a time when it was not popular for a woman to stand up for herself,” Swift said. It read like a subtle dig at her recent detractors in the streaming-music industry, like Spotify, who’ve grown frustrated at no longer being able to provide Swift’s music to free users — and the dig was made more explicit by Swift thanking her fans who “believe in the same thing I believe in, that music should be consumed in albums and albums should be respected as art.”

Check out Swift’s full speech above. 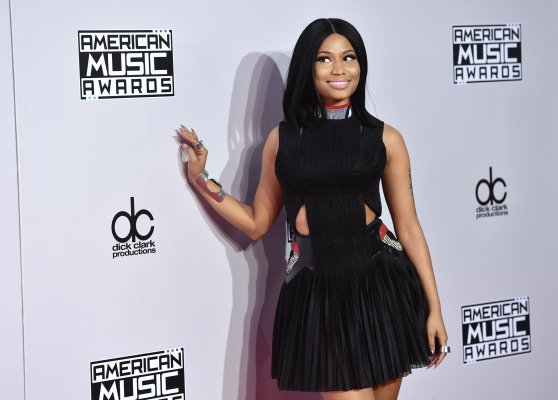