President Barack Obama said in an interview aired Sunday that voters will be looking for a “fresh start” as they go to the polls in 2016 to select his successor.

“I think the American people, you know, they’re going to want—you know, that new car smell. You know, their own—they want to drive something off the lot that doesn’t have as much mileage as me,” Obama told ABC This Week’s George Stephanopoulos in an interview taped Friday in Las Vegas, a day after Obama announced his executive action on immigration.

The president acknowledged he’s accumulated “some dings,” while in office, adding he’s “very interested” in making sure a Democrat is his successor. “So I’m gonna do everything I can, obviously, to make sure that—whoever the nominee is is successful,” he said.

Obama spoke positively of likely Democratic candidate and former Secretary of State Hillary Clinton, whose age and longevity in Washington has already become a target of likely Republican challengers, and against whom he ran in 2008 as the ‘new car smell’ candidate. He called Clinton a friend and told Stephanopoulos they still speak regularly, adding, “I think she and—and a number of other possible Democratic candidates, would be terrific presidents.”

But Obama, who was largely absent on the campaign trail for Democrats in 2014 due to his low poll numbers, acknowledged his successor would likely want him to stay away in 2016. “You know, they’re– they’re probably not gonna be looking at me to campaign too much,” he said, predicting “folks will be ready to see me—go off to the next thing.” 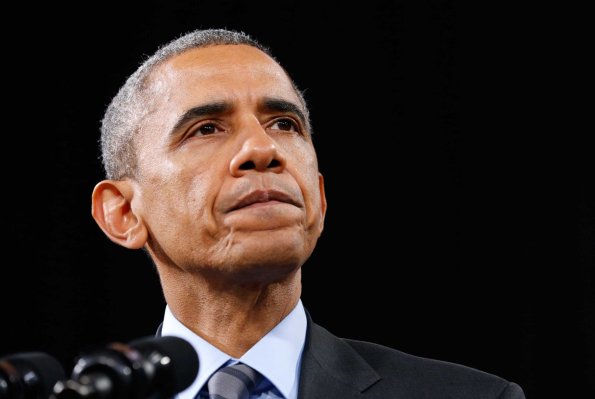 President Obama Distorts Amnesty to Sell His Executive Actions
Next Up: Editor's Pick