A woman stops to visit the memorial set up where Michael Brown was shot and killed in Ferguson, Missouri, Nov. 22, 2014.
Jim Young—Reuters
By Sam Frizell

President Barack Obama urged protestors in Ferguson to remain peaceful as they await the grand jury’s decision in this summer’s fatal police shooting of an unarmed black man.

“I think first and foremost, keep protests peaceful,” Obama said in an interview, the Associated Press reports. “This is a country that allows everybody to express their views, allows them to peacefully assemble, to protest actions that they think are unjust. But using any event as an excuse for violence is contrary to rule of law, contrary to who we are.”

A grand jury decision on whether to indict Officer Darren Wilson in the Aug. 9 death of 18-year-old Michael Brown is due any day now, and police are preparing for further unrest in the St. Louis suburb of Ferguson.

Michael Brown senior, the victim’s father said “Hurting others or destroying property is not the answer. No matter what the grand jury decides, I do not want my son’s death to be in vain.” 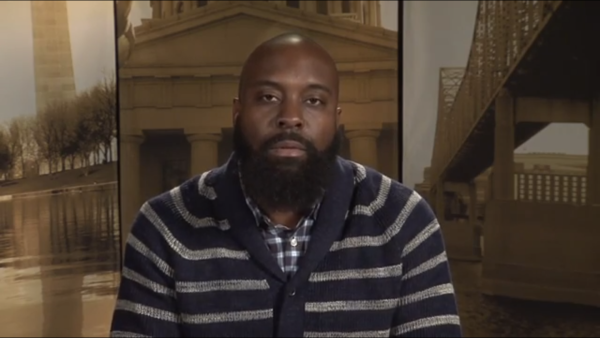 Michael Brown Sr. Urges Calm Ahead of Grand Jury
Next Up: Editor's Pick