Talk about a gas guzzler: a new bus in Britain runs on biomethane fuel produced by humans sewage and food waste.

The Bio-Bus—or as it’s more affectionately known, “the poo bus”—can travel up to 186 miles on one tank of gas, which takes the annual waste of about five people to produce, the BBC reports. A single passenger’s annual food and sewage waste can fuel the Bio-Bus for 37 miles.

The bus, which emits up to 30% less carbon dioxide than conventional diesel vehicles, will shuttle people between Bristol Airport and Bath.

GENeco general manager Mohammed Saddiq said, “Gas-powered vehicles have an important role to play in improving air quality in UK cities but the Bio-Bus goes further than that and is actually powered by people living in the local area, including quite possibly those on the bus itself.” 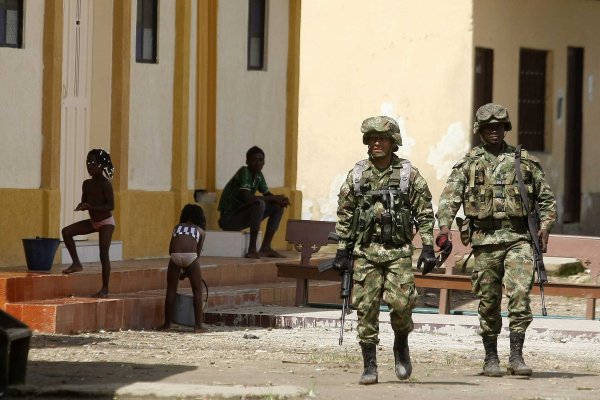 Colombian General's Capture Puts FARC Rebels on the Defensive
Next Up: Editor's Pick