May. 29, 2014.The unmistakable pattern of fracking sites on the border of New Mexico and West Texas.

Welcome to this week’s edition of TIME LightBox Follow Friday, a series where we feature the work of photographers using Instagram in new, interesting and engaging ways. Each week we introduce you to the person behind the feed through his or her pictures and an interview with the photographer.

This week, LightBox speaks to photographer Balazs Gardi (@balazsgardi), a freelance photographer who has been using social networks and the power of the internet to widely distribute work that he felt was often overlooked. From Afghanistan to Burning Man, Gardi’s vivid and evocative images tell stories of their own without distracting from the core of the issue, the event, or the atmosphere.

LB: Why did you join Instagram? And what does Instagram provide for you, that other platforms don’t?

BG: Direct access to curious, like-minded people. Instagram gives everyone the chance to build and directly talk with their audience.

For years I struggled to publish work that meant a lot to me. I remember how frustrated I was when I couldn’t push an extremely important, often under-reported story through editors but now I can share those discoveries without the bottleneck.

To deal with this issue, four years ago, around the time Instagram was born I joined a handful of colleagues and followed a battalion of US Marines through their deployment in Afghanistan’s southern frontline. Basetrack was our experiment to see how far we could take our own work. Besides a customized website we used Facebook to share and discuss our content with the ones who cared about the troops the most, their family members and loved ones. Had we known about Instagram and had the access to the internet the way we have today, Instagram would have taken our effort so much further.

LB: Do you differentiate between your Instagram work and your other photography ?

BG: I don’t believe in holding back the good stuff and publishing ‘B-roll’ only on Instagram, a practice a ton of photographers still do. To freely share your prime work is an easy decision when you operate independently but luckily more and more editors get it and allow me to do the same with the assigned work on-the-go even if they only publish them with a slight delay.

Feb. 15, 2014. Turkana herdsmen scout the Todonyang plains before they drive their herd to drink water from Lake Turkana near the Ethiopian border in northwest Kenya. The Turkana and the Daasanach lived side-by-side for centuries and learned to adapt to the harsh conditions of their arid environment. However with the changing climate the rains aren’t predictable anymore and the size of the pasture is rapidly shrinking creating fierce competition for survival between the rival ethnic groups.

LB: Are you taking photos with your phone?

BG: The iPhone became my primary camera over the past four years. I find these images are often way more interesting than the ones I take with ‘traditional’ gear. I spent a decade photographing with a wide array of unconventional choices from panoramic and large format to toy cameras, but the camera trapped in my phone’s body is a natural fit. On those rare occasions I publish photos I’ve taken with other cameras I mostly share pre-Instagram era work.

LB: Which post inspired the most audience feedback and engagement through likes and comments? Why do you think that photo got people’s attention, and do you agree with it?

BG: Perhaps it doesn’t come as a surprise, the more beautiful the photo is, the more ‘likes’ it usually gets. An aerial photograph of the the temporary settlement of nearly 70,000 festival goers at Burning Man was a huge favorite.

So far a photograph of displaced Turkana children provoked the most reaction. Earlier this year, I used Instagram to post dispatches from one of the most cruel front lines of Climate Change. The fight over the remaining pasture, watering holes and access to fishing grounds between two neighboring tribes forced this Kenyan community to flee from the deadly raids coming from across the Ethiopian border.

That photo helped thousands see how real Climate Change is. I think if photographers joined forces with their audiences eventually we can do even better. I hope to see platforms like Instagram not only help to raise awareness of struggling people but to also raise funds and directly change their lives for the better.

Balazs Gardi is a freelance photographer and creator of Azdarya, an online magazine dedicated to water and water conservation issues around the world.

Richard Conway is reporter/producer for LightBox. 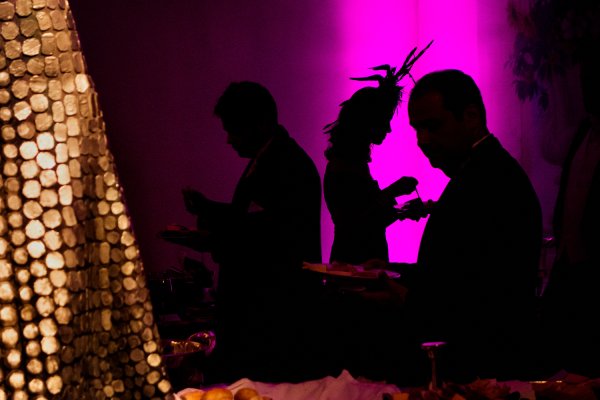