In the words of my hero Maya Angelou, “I can’t believe my good fortune, and I am just so grateful, to be a Black woman. A Black American woman. I would be so jealous if I were anything else.”

I learned that “Black” was intended to mean “inferior” at the age of five and by the time I was ready for college I had only begun to learn why I should rejoice in my Blackness. I grew up in this spirit. I survived being “the smart Black girl” at majority white schools in this spirit, and rejected an opportunity for full scholarship at a predominately white institution to attend the best university on the globe (naturally a historically black one) — because of this spirit.

Being a Black person at an HBCU is nothing short of divine. A community of academics who understand you, instructors who are exceptionally hard on you because they know what you’re up against in this world, and an ever-present aura that dispels every negative thing that you were taught about your color from the moment you knew what it was.

I chopped off my chemically processed hair, took every class I could led by the master of Africana Studies, Dr. Gregory Carr, and wore an ankh on my body every chance I got.

Needless to say, I only dated Black men.

Though I find Black men physically attractive, what I really, really find attractive is the unspoken understanding that exists between me and a Black man of my choosing. I love not explaining why I tie my hair up at night, or that my skin would burn in beach sun without sunblock. I love arguing about whether “Love Jones” or “Love and Basketball” was the greatest Black love story of the ’90s. I could never date outside of Black men, I thought. It would never work.

We’ll call him Mazzi for discretion’s sake. He stood about 6 feet and 5 inches. He was handsome, funny, and a bit cynical. We worked in the same space, after I had graduated from college, for about a year. I hardly noticed him at the onset but eventually we began talking and sharing inside jokes and such. And one day he asked me on a date.

There was naturally some apprehension: 1) because we worked together AND 2) because he was unquestionably a white man.

I expressed my desire to keep it quiet at work and Mazzi agreed, so we went.

I laughed a lot that evening. Like from pick-up to drop-off. As our dates went on for some months, I began to notice the disapproving eyes of people around us when we were out together.

“Yeah,” he said nonchalantly. “It happens all the time. People don’t have shit going on in their own lives so that fact that I’m here with this ‘self-aware’ Black woman is earth shattering to them.”

I couldn’t help but laugh. He smiled cautiously.

Time passed and we grew closer. I had just gotten into running and he was a thrower for his college’s track team so he would offer me advice on what I can do to get faster and stronger (he also gave awesome back rubs). He was a writer who never put his thoughts down and I encouraged him to do so. He had become my sounding board when I would get overwhelmed and met disappointments in my medical school application process, and I was his “therapist” who eventually got to the root of his cynicism. We were comfortable with one another. At some point in all this, I changed jobs to work in my field and we no longer had the “work thing” to consider.

Here I was: Ms. HBCU, Afro-turned locs sporting, ankh wearing, and lover of all things Black — falling for a white man.

He brought up the subject of a relationship and I retreated. I’d talk about my reluctance to get in relationships (which was true) and he didn’t push the issue. But of course eventually I entered a relationship with him because it only made sense.

My two closest friends were shocked but very supportive and liked him a lot. I liked him too. He was the ideal, except he wasn’t Black.

My family slowly began to pick up on the fact that this was more than a collection of dates and did not necessarily approve. This didn’t impact me so much though. I was good at being rebellious.

His family was really sweet to me and always invited and included me when going to dinners or family parties.

Though I never felt “inferior” throughout the course of our relationship, race was an issue.

I remember the first time it was brought to my attention. He was driving and talking to me on the phone with some friends in the car. His friends had been drinking one of them yelled into the phone.

Now you and I both know how idiotic of a statement that was, but my issue was not with his asshole of a friend, it was with his lack of response to the comment. He later told me he addressed it. I didn’t believe him.

When I would experience “exotic otherness” at work, I would talk to him about it and he would suggest that I was overreacting when I knew I wasn’t. He would never know the feeling I was describing and I really couldn’t expect him to understand.

Then once in an argument, he said that my beloved alma mater was “institutionally racist.” This was a HUGE mistake on his part. I don’t remember my exact response but I am certain it was angry.

These were tough issues we had to work through. And it was hard. In considering a future with him, I worried about these issues. And he got to a point where he would refuse to talk if he sensed that race would come up. I understood, it was tense between us.

But when it was good, which usually was the case, it was perfect. Then, during a period that I thought was a good one, he went through my phone while I was sleeping. He read messages between my friends and me about how I missed the comfort and familiarity of Black men… OUCH!

Race was an issue.

To know me is to know that a violation of my privacy is grounds for dismissal. I felt guilty, so I didn’t break up with him right way. But from that point forward, I stopped feeling like myself. I was no longer mentally present in the relationship and I strongly resented the phone incident. The race thing was too hard and I had stopped “trying” because I knew he didn’t trust me anyway. I ended it a few months later.

This was in August. And I would be fooling myself if I said I don’t sometimes think I made a mistake. In my relationship, I felt special, and I was loved — even though he wasn’t Black.

Someone made a comment to me recently: “I’m glad you came back to this side.” I replied, “I never changed,” because though Mazzi may not have been the guy for me, and though he was undoubtedly a white man, he never wanted anything from me, but me — locs and all.

Ashley Thomas is an aspiring writer from Baltimore, Maryland. 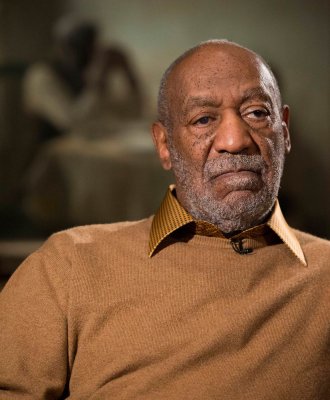 Leaving Allegations Out of Cosby Biography Was Lie of Omission
Next Up: Editor's Pick