It seemed like the tactical error of a raw recruit, not a Colombian army general who is a former top commander of the military’s anti-kidnapping unit. As he met with villagers in rebel-infested territory on Nov. 16, Gen. Ruben Dario Alzate was dressed in Bermuda shorts, unarmed and without bodyguards. Marxist guerrillas pounced and hauled the general into the jungle.

The consequences of Alzate’s Gomer Pyle-like blunder were immediate. Accusing the Revolutionary Armed Forces of Colombia, or FARC, of kidnapping the general as well as two of his aides, President Juan Manuel Santos ordered a halt to peace talks with the rebels to end Colombia’s 50-year-old war. “The negotiations are suspended,” an angry Santos declared after learning of Alzate’s capture.

The timing was terrible. The peace talks, which began in Havana, Cuba, two years ago have resulted in far more progress than three previous efforts to disarm the FARC. The two sides have reached agreements on land reform, political participation for disarmed rebels, and on ending drug trafficking. The momentum led to predictions that a final accord could be signed next year.

But Alzate’s capture brought the process to a halt. Part of the blame lies with the President, who rejected rebel calls for a bilateral ceasefire. He opposed a temporary truce because in the past the FARC has used such time-outs to recruit and train rebel foot soldiers. As a result, even as the two sides met in Cuba, the war in Colombia continued unabated. Since the peace talks began, more than 1,000 army troops and guerrillas have been killed and thousands more have been injured, according to Colombia’s Defense Ministry.

Santos’s excuse for suspending the talks also rang hollow. He cried foul because, at his government’s insistence, the FARC in 2012 promised to stop kidnappings as a pre-condition for launching the negotiations. In fact, the FARC pledged to stop abducting civilians for ransom—but the rebel group considers army personnel fair game and calls Alzate a prisoner of war.

“It makes no sense for the government to declare a war without quarter and then insist that [the FARC] must not lay a hand on its soldiers and officers,” FARC negotiator Ivan Marquez told reporters in Havana after Alzate’s capture.

But the real loser from the whole episode seems to be the FARC. While Alzate was an unexpected war trophy—the rebels had never before captured such a high-ranking military officer—the operation proved to be a grave political mistake. Most Colombians despise the FARC, which has long funded its war through drug trafficking, kidnapping, and extortion and has been blacklisted by the U.S. State Department as a terrorist group. Grabbing the general, who at the time was discussing community development projects for jungle villages, seemed to many like another slap in the face to the cause of peace.

“It strengthened the government’s hand,” said Cynthia Arnson, director of the Latin American program at the Woodrow Wilson International Center for Scholars in Washington. “The repudiation for the kidnapping was so widespread that it put the FARC on the defensive.”

So much so that the FARC is apparently reversing course.

On Wednesday, Rodolfo Benitez, a representative of the government of Cuba, which along with Chile, Norway, and Venezuela, is acting as a facilitator for the peace talks, announced that the FARC had agreed to free Alzate, his two aides, and two other recently captured soldiers. Santos, in turn, has vowed to re-start the negotiations upon their release which is expected to take place within a few days.

For all its drama, the Alzate incident shows that the FARC, which has been severely weakened by a long-running military offensive, is serious about demobilizing, says Adam Isacson of the Washington Office on Latin America, an NGO. “They could either keep Alzate or keep the negotiations going – but not both,” Isacson said. “This shows how much the FARC cares about the peace talks.” 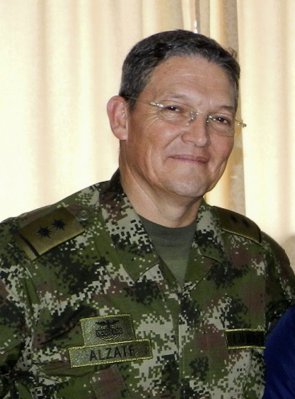 Colombian Military Hunts For Kidnapped General
Next Up: Editor's Pick