Pro-democracy activists join arms as they face off with police outside the Legislative Council building on Nov. 19, 2014, in Hong Kong.
Chris McGrath—Getty Images
By Denver Nicks

Media websites connected to the Hong Kong pro-democracy movement have been slammed in recent months with what has been described as one of the largest cyberattacks the Internet has ever seen.

The attacks have been leveled against websites for Apple Daily and PopVote, which held a mock-vote for Hong Kong chief executive. One of the protestors’ key demands is a free and open election for chief executive of the onetime British enclave.

The content delivery network Cloudfare, which services the sites, says the Denial of Service—or DDoS—attacks are the largest in the history of the Internet, by far. An attack in Europe brought 400 Gbps in attack traffic against an unidentified victim—the Hong Kong attacks are 500 Gbps in scale, Forbes reports. “[It’s] larger than any attack we’ve ever seen, and we’ve seen some of the biggest attacks the Internet has seen,” Cloudshare CEO Matthew Prince said. 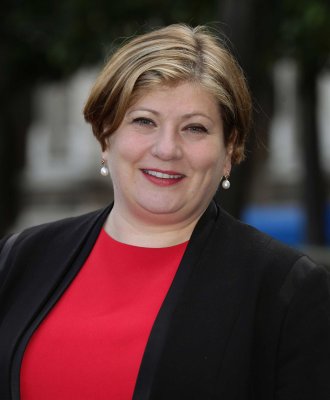 Why a British Politician Resigned Over This Tweeted Photograph
Next Up: Editor's Pick