There’s no shortage of pessimism about whether Iran and six world powers can reach a comprehensive deal on the country’s nuclear program by Nov. 24, the self-imposed deadline. Time is short, and as a senior U.S. official said before leaving for Vienna, where the talks began, “we have some very serious gaps to close.” But those looking for optimism need search no further then Tehran’s official media. Tightly controlled by the regime that is the ultimate authority on any pact, the country’s media may be preparing the Iranian public for an agreement.

While hardliners in Tehran grump about the talks, Supreme Leader Ali Khamenei has clearly aligned himself with the negotiators—even posting an interview with one of the diplomats, deputy foreign minister Abbas Araqchi, on his personal website this week

“Araqchi basically said ‘We’re winning this, we’re not giving in,’” says Abbas Milani, who heads the Iranian studies department at Stanford University. Milani was astonished by the post. Never before had Khamenei’s office made the site a forum for another official, even one understood, as Araqchi is, to be serving as the Leader’s personal representative. It signaled a full embrace of the talks by the man who, as his title makes clear, holds ultimate power in the Islamic Republic.

“The headline was that the leader has had oversight of the entire negotiating process,” says Milani. “It’s clear to me this was an attempt to make a claim for victory and dissuade the idea that [Iranian President Hassan] Rouhani is doing this on his own and will get all the credit.”

On the same day as that post, the man Khamenei named to lead Iran’s Revolutionary Guard Corps was widely quoted on government outlets as saying that a nuclear deal was consistent with the ideals of the 1979 Islamic Revolution, which remains the litmus test for all government endeavors.

Mohammad Ali Jafari, the commander, also appeared to prepare the public for elements of a deal that may not look like a win for Iran. “If it appears that there are aspects of this where we’re accepted humiliation, first of all it’s not true — we are winning,” Jafari insisted. “But those perceptions of humiliation are because of the clumsy management and inexperience of some of our negotiators.”

The goal, the commander said, was the removal of the economic sanctions imposed on Iran by Washington and other world powers. “God willing, this goal will be reached,” Jafari said.

There was more. Ali Larijani, speaker of the Iranian parliament, which is dominated by conservatives, spoke of “our spirit of resistance” taught by Khamenei and his predecessor Ayatollah Ruhollah Khomenei as “the reason or our success, and why in spite of all efforts by the enemy they could not stop our progress on the nuclear front.”

“It is possible to have a deal,” Larijani added. “It’s just important for the U.S. not to ask for new conditions.”

Some in Iran complained that new conditions are just what the U.S. has indeed demanded. One hardline member of the parliament, or majlis, claimed to have seen the contents of an eight-page proposal Secretary of State John Kerry reportedly showed Iranian negotiators in Oman the previous week, and compared it to the Treaty of Turkmenchy, the 1828 capitulation to Russia that Iranians consider the epitome of humiliation, losing not only territory in the Caucasus but even the right to navigate on the Caspian Sea, which forms Iran’s northern border.

But to Iran watchers, what’s truly significant is that such grumbling is only background noise in what appears to be a concerted effort by Iran’s top echelon to set the foundation for a deal—if not on Monday, then if the talks are extended, as they may well be. There may be more riding on it than just escape from economically ruinous sanctions. The New York Times on Thursday quoted Amir Mohebbian, a conservative adviser long tied to the Leader’s office, predicting a nuclear deal as a harbinger of a strategic change in Iran’s entire political orientation.

“If there is a deal, and if it is good, the entire system will go along with it,” Mohebbian said in Tehran. “There will be a huge political shift after the deal. It is my conviction that those who make decisions within the system want it to be alive and supported. For survival, we need to change.”

It’s just such a change that President Obama has repeatedly said a nuclear deal might herald, opening the way for Iran to end its pariah status and return to “the community of nations.” So it’s possible Mohebbian is saying no more than what the administration wants to hear. But the expectations of a deal are running high in Iran, and the government appears to be doing much less than it might to discourage them. 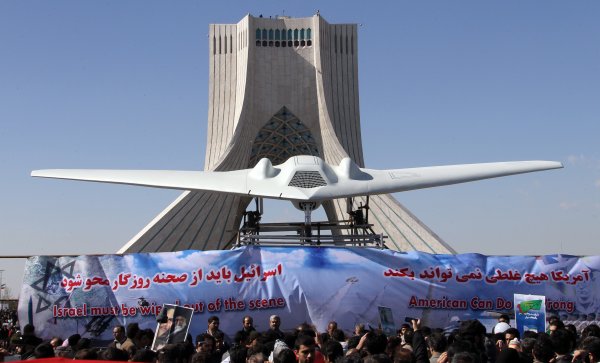