The History Behind Benedict Cumberbatch's The Imitation Game

The new movie The Imitation game is bringing fresh attention to a dark period in early 20th century, when homosexuals in the U.S. and the U.K. were criminally prosecuted because of their sexuality.

The movie, starring Benedict Cumberbatch, depicts the life of Alan Turing—a mathematician, computer scientist and code breaker known as a key architect of the modern computer and an instrumental figure whose skill for breaking Nazi codes helped the allies win World War II.

Despite his genius, Turing was prosecuted in England in 1952 for engaging in a homosexual relationship with a man. In lieu of prison, he was sentenced to take estrogen treatments to reduce his libido, a practice dubbed “chemical castration.” In 1954, he killed himself by cyanide poisoning at the age of 41.

The film depicts the Turing’s unjust prosecution and punishment for homosexuality, though slightly inaccurately (for more information, the Guardian did a helpful analysis of the film’s facts).

What happened to Turing was not uncommon in the United Kingdom and the United States during his lifetime in the 1930s, 40s, and 50s. In the U.S., it was “the worst time to be queer because you are not being ignored, you are actively searched for and persecuted,” said John D’Emilio, a professor of gay and lesbian studies at the University of Illinois at Chicago. “The nice thing about the movie is that it is calling attention to this bit of history that people don’t know anything about.”

MORE: The price of genius

In Britain—where America’s own sodomy laws originated—the story begins in 1533, during the reign of Henry the VIII. That year, the Buggery Act made male sex a capital offense in Britain, punishable by death, usually by hanging. That remained the law until 1861, when the sentence was changed from death to prison, usually with hard labor. In 1885, the law was broadened to criminalize “gross indecency” a vague, catch-all term used to prosecute anything considered to be deviant sexual behavior outside of sodomy, mostly between men. In 1895, the playwright Oscar Wilde was convicted of gross indecency and sentenced to two years of prison and hard labor, about which he penned a poem called “The Balad of Reading Gaol.”

During Alan Turing’s life, public concern over the possibility that homosexuals serving in the military or aiding in the war effort could be blackmailed by enemies intensified the stigma of homosexuality in Britain. After Turing was convicted in 1952, the British government took away his security clearance. Turing was exposed after he reported a petty theft to the police, involving his lover. Their relationship was discovered by the police through his reporting of the crime. He pleaded guilty and opted for hormone treatments, known as chemical castration, instead of prison time. He tragically killed himself with cyanide in 1954.

The 1950s, was the beginning of the end for Britain’s laws against homosexual sex, as the prosecution of prominent people stoked a public backlash against the laws. In 1954, a well known journalist, Peter Wildeblood was convicted of homosexual acts with two prominent and wealthy men, Lord Montagu and Michael Pitt-Rivers, in a public trial that resulted in prison time for all of the men and public opposition to laws against homosexual sex. The trial lead to the creation of the Wolfenden committee of government representatives, ministers, educators, and psychiatrists, which in 1957, published a report recommending the discontinuation of laws against homosexuality.

The report eventually led to the 1967 Sexual Offenses Act, which ended the criminalization of homosexual sex between consenting men over the age of 21 in Britain and Wales. In 1994, the age was lowered to 18, and in 2003, it was lowered to 16, the same age for consenting heterosexual sex.

The U.S. history is slightly different from Britain’s. The fervent prosecution of gay sex didn’t start to happen in earnest until the very period during which Turing lived. The U.S. had anti-sodomy laws inherited from the English settlers, but it wasn’t until the late 1930s, 40s and 50s, during a period coinciding with the World Wars and a strong strain of Christian morality, that police in the U.S. made it a priority to enforce laws against homosexuals.

As in England, concerns that homosexuals could be blackmailed by Communist spies—an idea popularized by Senator Joe McCarthy—drove some of the fervor against homosexuals during that period. In the U.S.—more so than in Britain, it seems—the period was marked by increased police enforcement of the laws. Police officers went undercover in public parks where homosexuals went to meet each other for sexual encounters, in order to uncover them. It was a period of fear for homosexuals in America unparalleled before or since. “This is the height of what I call the homosexual terror in America,” said William Eskridge, a professor at Yale Law School and the author of Dishonorable Passions: Sodomy Laws in America.

During this same period, Eskridge said, states began to pass laws that allowed courts to institutionalize gay people indefinitely in mental institutions for having “psychotic personalities,” where were experimented on, lobotomized, and given shock therapy.

As was the case with Turing, the prosecution of gays also denied the U.S. some very bright minds who, but for their homosexuality, might have been allowed to contribute more to society. In the late 1950’s, Frank Kameny, an astronomer with a Ph.D. from Harvard, was kicked out of the Army Map Service and barred from serving in theUS government because he was a homosexual.

“One of geniuses of 20th century, the father of modern computers who helped win World War II, who was a lovely person, was destroyed by the anti homosexual terror,” Eskridge said of Turing. 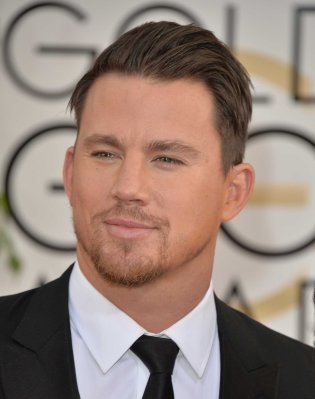 Channing Tatum To Direct 'Leonard Peacock'
Next Up: Editor's Pick