House Republicans sued the Obama Administration on Friday over how it has implemented the health care reform law, taking legal action after threatening to do so for months.

The House sued the cabinet secretaries for the Department of Health and Human Services, and the Department of the Treasury, and filed the case in the U.S. District Court for Washington D.C., House Speaker John Boehner’s office said. At issue are administrative tweaks the Administration has made during the course of implementing the law.

“Time after time, the President has chosen to ignore the will of the American people and re-write federal law on his own without a vote of Congress,” Boehner said in a statement. “That’s not the way our system of government was designed to work. If this president can get away with making his own laws, future presidents will have the ability to as well. The House has an obligation to stand up for the Constitution, and that is exactly why we are pursuing this course of action.”

The lawsuit went unfiled for months after House Republicans first floated it. Legal experts have been skeptical of its chances of success.

Boehner said in July that the House would sue President Barack Obama for twice delaying the Affordable Care Act’s mandate that businesses with more than 50 full-time employes provide insurance or pay a fee—a provision Republicans oppose anyway. The suit also alleges that the law does not allow the executive branch to transfer funds to insurance companies to reduce out-of-pocket payments for low-income enrollees, as Congress has not appropriated the money for that purpose. The nonpartisan Congressional Budget Office estimates that those cost-sharing subsidies for low-income Americas—those at two-and-a-half times the poverty level, or $11,670 to $29,175 a year for an individual—will cost $175 billion over the next ten years.

Republicans had trouble finding a lawyer to pursue the case, but Boehner found his man this week in George Washington Law School professor Jonathan Turley, who had testified in favor of such a lawsuit this summer. House Republican aides have suggested the lawsuit could be expanded to include the Obama’s executive actions taken this week to grant temporary legal status to millions of immigrants in the country illegally, but Turley has said in the past that expanding the lawsuit would weaken it.

“After scouring Washington for months, Republicans have finally found a TV lawyer to file their meritless lawsuit,” Pelosi spokesman Drew Hammill said in a statement Friday. “While the American people want Congress to get serious about creating good-paying jobs and strengthening the middle class, House Republicans are paying $500-an-hour in taxpayer money to sue the President of the United States. The fact is, this lawsuit is a bald-faced attempt to achieve what Republicans have been unable to achieve through the political process.” 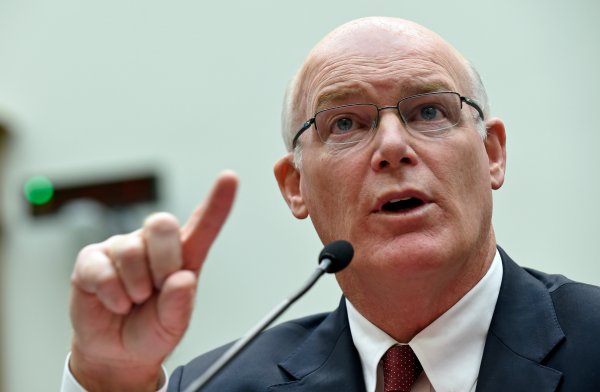