“How does it feel to know that your entire career could have been shouted into a sock and thrown over an overpass?” Colbert says, needling his old boss.

“Rather than killing everyone else what if we were to…coexist with them in some kind of fashion,” Stewart asks the reactionary conservative Colbert.

Colbert praised Rosewater, a film about a journalist jailed in Iran after doing an interview with a Daily Show corespondent.

“It’s a beautiful film and that offends me. Why is it that you can do your show,” Colbert says, “and you do it well, and now you’re doing something else well.”

Read next: Jon Stewart Admits He Wants to Rip Off Benedict Cumberbatch’s Clothes 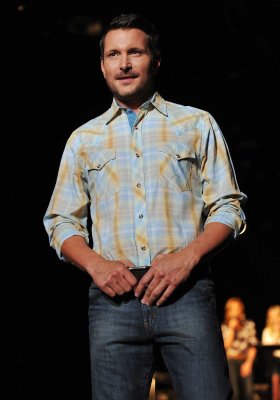 Country Singers Ty Herndon and Billy Gilman Both Come Out
Next Up: Editor's Pick