The Obama Administration is ready to increase its delivery of nonlethal aid to the Ukrainian government, but will refrain from furnishing Kiev with weapons to use in its fight against pro-Russian forces in the country’s southeast, according to a new report.

Reuters, citing unnamed U.S. officials, reports that Vice President Joe Biden will discuss the aid with Ukrainian President Petro Poroshenko’s administration during his trip to Kiev, where he landed Thursday.

The new nonlethal aid is said to include surplus supplies from the Pentagon’s inventory, including Humvees and radar systems.

Biden’s arrival in the Ukrainian capital coincides with the release of a new U.N. report claiming that at least 1,000 people have been killed in the country since the government and separatists signed a cease-fire deal in September. 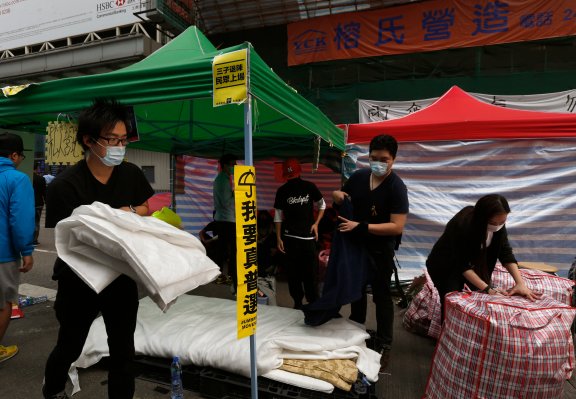 Half of Hong Kong Protesters Ready to Retreat: Survey
Next Up: Editor's Pick