The 2014 Latin Grammy Awards were delayed by 17 minutes Thursday night so President Obama’s announcement on immigration could be carried live with Spanish translation on Univision.

But that wasn’t the only impact President Obama had on one of the most-watched Spanish-language broadcasts of the year. From the first minutes of the show, his decision to give legal status to nearly 5 million undocumented immigrants was celebrated as an affirmation of Latino power. Host Eugenio Derbez, a Mexican actor and comedian, started off the theme in his opening remarks. Here is a translation:

That joke was segue to a bunch of more traditional award show one-liners.

Later in the night, the theme continued when Spanish crooner Enrique Iglesias accepted the award for Song of the Year. He gave a shout out to the President’s actions in his acceptance speech.

Then Carlos Vives, a Colombian singer, accepted an award further into the show. “I want to dedicate this especially to President Obama,” he said at the end of his speech, holding up his golden gramophone trophy.

The White House, which had scheduled the remarks to coincide with the Grammys, seemed pleased by the result. Shortly after Iglesias made his comments, the official White House Twitter account retweeted the news of his shout out.

In 2013, 9.8 million people watched the Latin Grammy Awards on Univision, making the channel a top-three network for the night in the U.S. 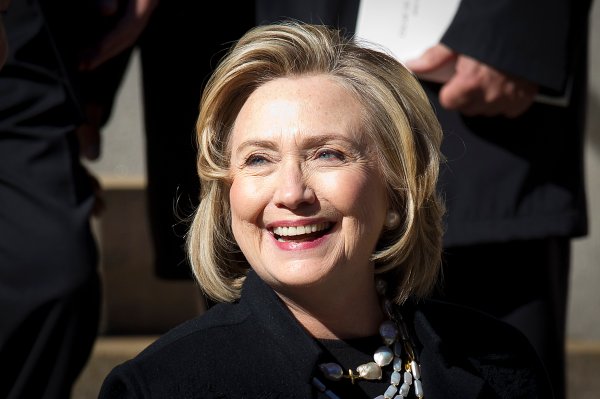 Clinton Backs Obama on Immigration
Next Up: Editor's Pick