4 Possible Explanations for That Mysterious Flash of Light Over Russia

The sky above Russia’s remote Sverdlovsk region erupted in light last Friday, and despite it having been captured on numerous video recordings—particularly dashboard cameras, it seems—no one seems to know what the flash of light was.

Theories abound, ranging from the reasonable to the completely nonsensical. We’ve collected the most interesting, but first, some of the video footage:

An explosion that took as long as the one captured on Friday (about 10 seconds) could have been a meteor burning up in the atmosphere, as one astronomer told 66.Ru, according to the Christian Science Monitor. “Looks like a falling bolide,” or meteorite, which evaded detection by the usual array of watchers before hitting our atmosphere, said astronomer Viktor Grokhovsky. Russia, of course, is no stranger to explosive meteors being caught on film. But meteorites usually explode white after streaking across the sky, and whatever this one was didn’t. Marco Langbroek of the Dutch Meteor Society told a meteor blog, “I doubt this one is a meteor.”

Was the military were behind the flash? A scheduled explosive ordnance disposal could have taken place,local city officials said, with ammunition lighting up the sky. It could have been a military launch too. Although there’s no launch vicinity in that immediate area, the region is reportedly in the flight path of a launch base. That means a rocket could have blown up en route; the brevity and brightness of the blast seem consistent with that. The Russian military has denied any involvement — but that’s hardly a surprise.

One local news site suggested that there’s an old chemical plant outside the nearby town of Rezhevskoy that could have exploded, causing such a bright light. But we’d surely have heard about such a disaster by now.

Okay, so no one has seriously claimed that extraterrestrial beings are responsible for the blast, but some say that a UFO crashed in the Sverdlovsk region in 1969. And there’s grainy, ambiguous video footage to prove it! 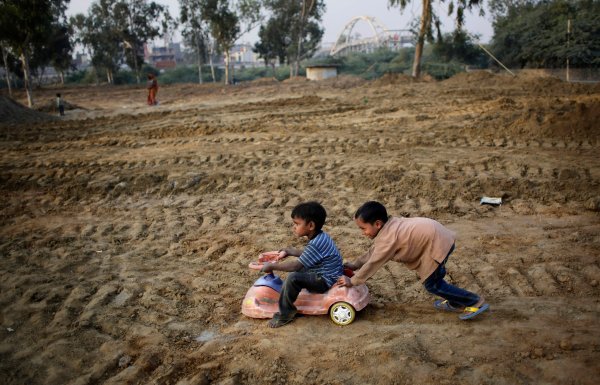 Feel Good Friday: 9 Photos to Start Your Weekend
Next Up: Editor's Pick