How Sports Makes a Clear Case for Immigration

Tony Parker #9 and Tim Duncan #21, and Manu Ginobili #20 of the San Antonio Spurs celebrate after defeating the Miami Heat in Game Five of the 2014 NBA Finals at the AT&T Center on June 15, 2014 in San Antonio, Texas.
Andy Lyons—Getty Images
Ideas
By David Berri
David Berri is a professor of economics at Southern Utah University. He is the lead author of The Wages of Wins and Stumbling on Wins and continues to serve on the editorial board of both Journal of Sports Economics and the International Journal of Sport Finance.

President Barack Obama is expected to announce executive actions that would shield 5 million undocumented immigrants from deportation Thursday, and it is clear that views on this subject differ.

At least, that’s true for non-economists. Economists–a group that generally doesn’t agree on much–seem to agree for the most part on the value of immigration. They argue that immigration–especially of skilled immigrants–is good for a nation. Not only does immigration increase the pace of innovation, it also helps improve the performance of the entire economy. So if you wish to see the economy of the United States improve, you should be in favor of immigration.

Those who teach sports and economics (such as myself) often argue that the study of sports often makes economics easier to understand. With that in mind, let’s think about sports and the economics of immigration.

As recently as 1980, almost all NBA players were born in the United States. Over the next three decades, though, the NBA increasingly broadened its search for talent. Today, about 20% of the league was born outside the United States.

Perhaps no team better exemplifies the global search for talent than the San Antonio Spurs. Last season the Spurs finished with the best record in the regular season. And in June, the Spurs won the NBA title.

There were 19 different players who logged regular season minutes for the Spurs in 2013-14. Of these, 9 were born outside the United States. Among this collection of international players were some of the most productive players the Spurs employed:

These seven international players combined to produce about 32 wins for the Spurs, or more than half the games the team won in the regular season last year. Needless to say, without these players the Spurs would not have contended for a title.

This story goes beyond the NBA. A similar story can be told by the Detroit Tigers. The Tigers have won four consecutive division titles. And no team in Major League Baseball has won more regular season games since 2011. Three key players in this team’s success are Miguel Cabrera (American League Triple Crown winner in 2012), Victor Martinez (2nd in American League MVP race in 2014) and Anibal Sanchez (led American League in earned run averages in 2013). And all three were born in Venezuela.

Clearly immigration has worked for the Spurs and Tigers. And immigration doesn’t just make these two teams better. It also improves the product offered by their respective leagues. By expanding the population of talent a league draws upon, competitive balance in a sport can improve. In addition, without immigration, talents like Robinson Cano, Jose Abreu, Jose Altuve, Felix Hernandez, Johnny Cueto, Joakim Noah, Ricky Rubio, Serge Ibaka, Dirk Nowitzki and Kyrie Irving would be playing outside the United States. And if all this talent were employed elsewhere, it would be more difficult for the NBA and MLB to maintain their status as the preeminent league in their respective sports.

So the world of sports teaches a clear lesson on immigration. The search for talent can’t be confined to the borders of a single nation. Firms in the United States compete in a global marketplace. The success of these firms, whether they are in or out of sports, depends on the talent these firms can employ. If you wish to employ the best talent, your talent search must be global. And that means your borders have to be open.

David Berri is a professor of economics at Southern Utah University. He is the lead author of The Wages of Wins and Stumbling on Wins and continues to serve on the editorial board of bothJournal of Sports Economics and the International Journal of Sport Finance. 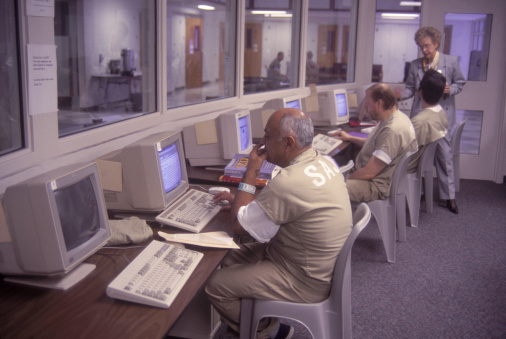 Five Best Ideas of the Day: November 20
Next Up: Editor's Pick