An employee seals a box at the Amazon.com Inc. fulfillment center in Phoenix, Arizona on Dec. 2, 2013.
Bloomberg/Getty Images
By Sam Frizell

Amazon is beginning its deals for this year’s Thanksgiving shopping blowout earlier than ever, using its online platform to get ahead of competing retailers.

Amazon.com will begin offering deals on Friday, Nov. 21, one full week before the traditional Black Friday, the company announced Thursday. It will add new deals as often as every ten minutes for eight days.

Some deals Amazon is already offering include up to 45% off on some Samsung TVs, as well as nearly half off on many popular books. A full list of Amazon’s deals can be found here.

Among Amazon’s advantages this holiday shopping season is that as an online retailer, it can avoid making customers uneasy by opening stores on Thanksgiving, a practice many brick-and-mortar stores have begun employing. Amazon is also getting a head start on competitors by beginning deals earlier in the month and not waiting until Cyber Monday, a digital deals day that traditionally takes place on the Monday following Black Friday.

“If you’re Amazon, you don’t want to just be batting in the second slot on Cyber Monday,” said Colin Gillis, an analyst at BGC Financial. “There’s been some pushback as Black Friday pushes into Thanksgiving, disturbing the holiday period, so its a window of opportunity for Amazon.” 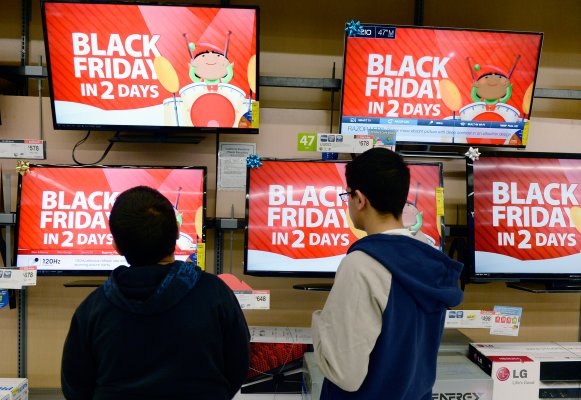