Seattle police may cancel a plan to give 1,000 police officers body cameras like the one shown here worn by a Las Vegas official on Nov. 12, 2014.
John Locher—AP
By Josh Sanburn

Seattle may drop its plan to equip more than 1,000 police officers with body cameras by 2016 because of the volume of public-disclosure requests already seeking information from future recordings.

A six-month pilot program set to launch in a few weeks might be completely shelved, officials told the Seattle Times, thanks to public-disclosure requests by an anonymous citizen who was looking for daily updates that department officials say would be nearly impossible to fulfill. Officials said the requests — including all recordings from patrol-car and body cameras, as well as 9-1-1 dispatches and checks run on license plates and addresses — would be both too expensive and time-consuming for the department.

A number of cities have been experimenting with body cameras since the shooting of unarmed teenager Michael Brown in Ferguson, Mo., in August, which set off weeks of protests. The incident was not captured on video, and the facts of the shooting have been disputed. Police departments in Denver, Anaheim, Washington, D.C. and Ferguson have since announced plans to use the cameras. 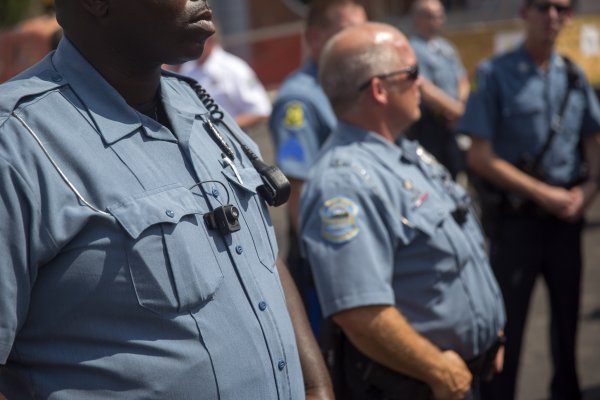