Dutch Mom Travels to Syria to Rescue Daughter from ISIS

A Dutch mother has travelled to Syria and rescued her daughter from the heart of lands controlled by the Islamic State of Iraq and Greater Syria.

She ignored official warnings and traveled to the Syrian city of Raqqa to rescue her 19-year-old daughter who had run away to marry a Dutch ISIS fighter. Her daughter, named only as Aicha, was arrested upon her return to their home city of Maastricht, BBC reports.

Aicha left the Netherlands in February to marry Omar Yilmaz, a man she had been in contact with on social media. Yilmaz is a Dutch-Turkish jihadist who was previously in the Dutch military.

MORE: Marriage and martyrdom: how ISIS is winning women

Yilmaz told the BBC on Wednesday that he had married Aicha but they later broke up, saying “it didn’t work, we split. She went her way, I went my way.” Aicha is one of a growing number of teenage girls and women who have left Europe to join ISIS in Syria and Iraq, often getting married to jihadists once they arrive. 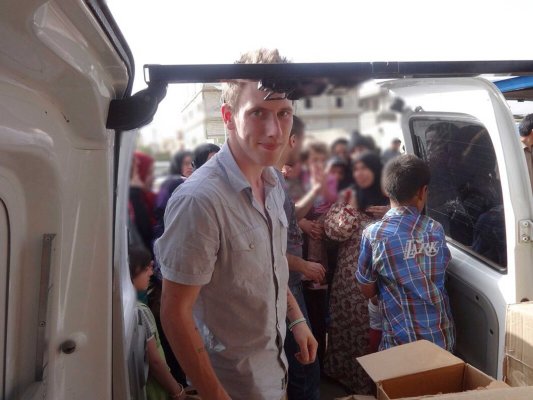