Photograph by Dan Winters for TIME

The Price of Genius
Alan Turing, the man who pioneered computing, also forced the world to question what it means to be human

Tackling Immigration Alone
The President has good reason to bypass Congress. But he’ll pay a price

Jorge Ramos Is America’s New Anchor
He’s not just another journalist, and his opinions count with millions

Aung San Suu Kyi and Burma’s Backward Steps
As its political reforms stall, Burma is in danger of regressing. Is the democracy icon fighting back hard enough

The End of AIDS
San Francisco was ground zero for HIV in the U.S. Now it wants to be the first city in the world with no new infections, no stigma—and no deaths.

America’s AIDS Miracle
How the U.S. fought the disease by thinking big and staying smart

Dangerous Cases: Crime and Treatment
Laws designed to compel those with serious mental illness into treatment are gaining traction

Someone I Loved Was Never Born
Miscarriage has long been shrouded in shame and secrecy. That’s changing

Review: The Imitation Game: Dancing With Dr. Strange
Benedict Cumberbatch embodies the isolation of a man with a machine-like mind

The Lady And The Scamp: Angelina Jolie Finds Her Equal
How the actress turned director fell for Louie Zamperini, a gutsy survivor with just the kind of unbelievable story she wanted to tell

Anna Kendrick: The Tomboy Who Became a Princess
The actress on Into the Woods’ bold Cinderella

American Sniper: When the Hero Dies at the End
Inspired by heroism and tragedy, Bradley Cooper offers a riveting portrayal of a Navy SEAL in American Sniper

In The Interview, Playing the Heavy Gets Dangerous
Randall Park knew his role would be tough, but he didn’t expect death threats

In Top Five, Just a Little Comic Belief
In the dazzlingly funny film, a comedian turned movie star tries to reinvent himself. Will the real Chris Rock please stand up?

Decolor My World (And My House)
To sell our home, we had to stage it. That meant white paint, a screening room and no TV

10 Questions With Melinda Gates
The philanthropist on the importance of contraceptives, her daughters and her growing optimism

How to Fight Ebola
A CDC doctor on fighting Ebola

Time for Thanks: 2014
Some grateful Americans count their blessings

Remembering Peter Kassig, Whose Flame Burns Bright
Nick Schwellenback, who interviewed Kassig for TIME in 2013, remembers his friend days after the former Ranger was allegedly killed by ISIS

Tom Selleck: Glen Larson Was a Giant in Our Industry
The Magnum, P.I. actor remembers the show’s creator

For the Future
The best inventions powering technologies of tomorrow

The Future of Computing
Decades ago, Alan Turing predicted machines would likely get smart enough to pass for humans. But these days, artificial intelligence is just one of the technologies shaping the devices of tomorrow 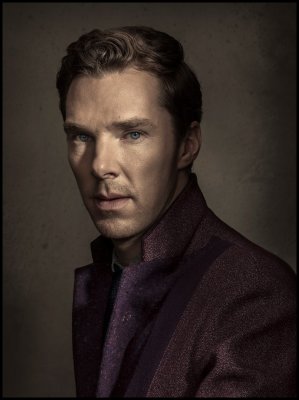 The Price of Genius
Next Up: Editor's Pick