Don Lemon in weekend anchor spot at CNN.
Robin Nelson—Zuma Press/Corbis
Ideas
By Soraya Chemaly
Soraya Chemaly is a media critic and activist whose work focuses on the role of gender in politics, religion and popular culture. Her work appears in Salon, CNN, Ms. Magazine, The Guardian, The Huffington Post, RHRealityCheck, Role Reboot and The Feminist Wire.

On Tuesday, CNN’s Don Lemon interviewed Joan Tarshis, one of more than a dozen women who have come forward over several years to accuse Bill Cosby of sexual assault. These allegations resurfaced after a comedian pointedly commented on them during a routine. This, in turn, prompted Barbara Bowman to ask publicly in an op-ed in The Washington Post, “Bill Cosby raped me. Why did it take 30 years for people to believe my story?” Former supermodel Janice Dickinson is now the 15th woman to come forward with allegations.

The allegations are hardly new, and the interview could have been an occasion for a serious and nuanced conversation about rape, about how survivors respond to and survive assault and about well-documented techniques used by serial abusers. Instead, what proceeded was appalling. Lemon, in a few brief lines, blamed the victim for not stopping her assault, while also managing to subtly convey a whole series of rape myths.

Lemon’s most repugnant suggestion was this: “You know, there are ways not to perform oral sex.” He went on to clarify that he meant the “using of the teeth” as a “weapon” to stop the alleged assault. Put crassly, “Why didn’t you bite his dick if you didn’t want to perform oral sex?” Lemon continued, “If you didn’t want to do it…” In other words, “you really wanted it.”

Lemon’s belief that a woman being raped should simply bite her rapist’s penis isn’t just ridiculous, dangerous victim blaming, but is based on what is possibly the oldest and most enduring rape myth: that “real” rape must be “forced” and corroborated by evidence of struggle. This was the FBI’s definition of rape until 2012.

First, sexual assault victims frequently respond physiologically with shock. Survivors often describe being paralyzed and unable to process or respond to what is happening to them. It’s a well-documented immobility response common in cases of rape.

Second, rape victims often have to quickly assess risk, as in, “This man is raping me. If I fight, will he beat me up or kill me?” Angering an aggressor by resisting or inflicting pain on him is not a survival strategy that women and children can pursue in equal measure to men. Lemon seems blithely unconcerned with immobility, or the risk of death, being a real effect of assault.

“Forcible rape” is rooted in the idea that some women aren’t “rapeable” and that men are entitled to sex. Historically, in this country, legally unrapeable people included, until relatively recently, black women (who were property), wives (also property), single women (who “give it away”), women who didn’t put up a fight, women who didn’t say “no,” and men. The idea of “forcible rape” is shaped by a history of racism and sexism, and Lemon’s approach to Tarshis’ accusation is common, and legally consequential, despite decades of challenges to its assumptions.

Lemon’s line of questioning was a lost opportunity to inform his audience about how predatory rapists work. Rape doesn’t happen by accident because women get drunk. It happens when predators target them. Incapacitation has been a consistent element in all of the cases leveled against Cosby. Tarshis herself admits that she was stoned during the encounter. Barbara Bowman, Tamara Green, Beth Ferrier and others have all told strikingly similar stories of being drugged and raped. And though it shouldn’t need stating, incapacitated people are not capable of consent.

Lemon also managed to undermine Tarshis’ accusations by pointing out that she “lied.” He explained, “You lied to him and said ‘I have an infection, and if you rape me, or if you do — if you have intercourse with me, then you will probably get it and give it to your wife.’” “She lied” is a persistent, and comforting, rape myth. It’s also the laziest, because it’s so clearly and consistently debunked. False rape accusations, though, are rare and no more common than false accusations for other crimes. Tarshis herself has subsequently gone to great and graphic pains to explain her failed attempted to dissuade Cosby.

The final myth Lemon implied in his interview is one that is rarely stated but that underlies most of the others: a rapist without a knife or a gun isn’t a “real” threat. The only reference to a weapon was to the possibility of a woman using her teeth. No mention was made of the reality that rape is the weaponization of the assailant’s body. Regardless of the fact that most men do not fit the profile of the rapist, we live in a world where girls and women are taught that to avoid rape means, to some degree, to fear men. That fact is the scaffolding of patriarchal oppression.

Ultimately, rape is a crime of status and entitlement. Cosby, who has declined to address the allegations, is a revered celebrity father figure. Longtime fans are flummoxed by the idea that this person, adored and emulated, could be a rapist. Most rapes, however, are perpetrated not by strangers, but by acquaintances, family members and friends. RAINN and the Department of Justice report that 73% of sexual assaults are perpetrated by a non-stranger: 38% of rapists are friends or acquaintances, 28% are an intimate partners and 7% are a relatives. They don’t use weapons to rape; they use authority and power.

Lemon’s words may have seemed few and simple, but the sum of their meaning and history is neither. I admire Lemon’s ability to pack so much rape mythology into just a few minutes of airtime. And, he got paid for it, to boot. But in seriousness, he, and his employer, displayed an irresponsible and journalistically unethical lack of knowledge about sexual assault. Lemon apologized on Wednesday if his comments “struck anyone as insensitive,” but no apology can undo the damage done.

Soraya Chemaly is a media critic and activist whose work focuses on the role of gender in politics, religion and popular culture. Her work appears in Salon, CNN, Ms. Magazine, The Guardian, The Huffington Post, RHRealityCheck, Role Reboot and The Feminist Wire. 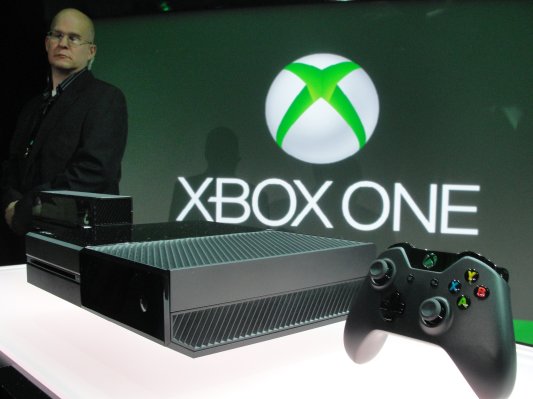 HBO Go Is Now on Xbox One
Next Up: Editor's Pick