Facebook has a good track record of pulling off big things. One-sixth of the world’s population is on the social media platform, which, by the way, is also developing laser-based Internet to connect the rest of the humanity while its CEO finds time to pick up Mandarin Chinese.

But if there’s one project that’s stumped the company, it’s the very thing that made Facebook what it is today: Creating the Next Big Thing, particularly in the form of a new mobile app. Facebook has recently released several apps separate from its primary offering, hoping one will be a hit. Its most recent attempt, Groups, takes the social media platform’s group messaging feature and spins it off into a separate mobile app. Before Groups arrived on Tuesday, there was Rooms, an anonymous chatroom app, Slingshot, a Snapchat-style disappearing messages app, Paper, a Facebook app redesigned for mobile devices and a much-mocked “Facebook for celebrities.”

Rooms and Slingshot are standouts because they’re the company’s first attempts at designing a completely new app outside its core platform. And while Slingshot feels very much like a Snapchat clone, Rooms, with its focus on old-school online chatting’s anonymity, is curiously distant from Facebook’s real-life focus. That makes it special among other apps from Facebook Creative Labs, a Facebook initiative that seeks to create new platforms to “support the diverse ways people want to connect and share.”

While the Facebook Creative Labs’ mission statement doesn’t say anything about building mainstream ways to connect, making popular apps seems an implied goal of a company that wants to be as much of a daily presence as running water. However, most of Facebook’s standalone apps have seen their rankings nosedive since their debuts, according to data from business intelligence firm App Annie. (Groups is still too new to track.)

Facebook does have a proven, if unpopular, way to get people to download its standalone apps — it can force them to do so. Several months ago, Facebook removed the messaging feature from its primary mobile app, telling users to go download the separate Messenger app instead if they wanted to keep privately messaging their Facebook friends. Messenger quickly climbed to the top of the app rankings and mostly remained there, despite poor reviews from users upset over the split.

But Facebook, like other social media companies, has shown it has another option, too: Finding successful apps outside the company’s walls and snatching them up in big-money acquisitions. Facebook’s desire to capture top-notch, widely-embraced apps — and keep them out of rivals’ hands — helps explain why the company paid nearly $1 billion for photo-sharing app Instagram and a jaw-dropping $19 billion for the WhatsApp messaging app, with both deals involving a mixture of cash and Facebook stock.

Whether Facebook can ever come up with a new mobile app that people really love — or if it should even bother trying — is an open question. But that clearly hasn’t stopped Facebook from trying to think up the “next Snapchat,” even if some of its attempts, like the now-extinct Poke and Camera, have totally flopped. As CEO Mark Zuckerberg said himself, the failure of new products has been “humbling.” As a company on top of its own particular mountain, Facebook can afford to learn by trial and error. So until it adds one of its own creations to its portfolio of big-name apps, expect it to keep trying. 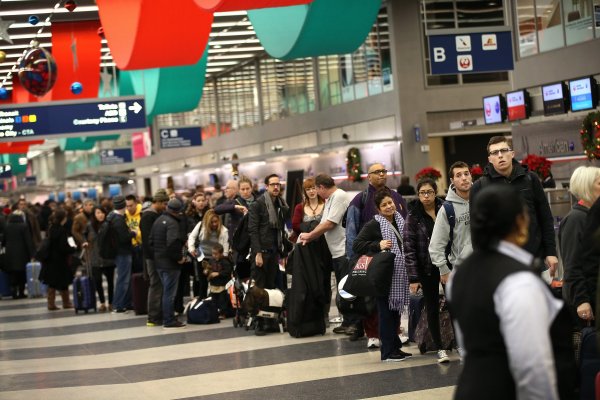 Download These 7 Holiday Travel Apps to Get Home in Time for Christmas
Next Up: Editor's Pick