Jason Collins #98 of the Brooklyn Nets speaks with the media prior to a game against the Denver Nuggets at Pepsi Center on Feb. 27, 2014 in Denver.
Justin Edmonds—Getty Images
By Sports Illustrated / Jason Collins

It has been 18 exhilarating months since I came out in Sports Illustrated as the first openly gay man in one of the four major professional team sports. And it has been nine months since I signed with the Nets and became the first openly gay male athlete to appear in a game in one of those leagues. It feels wonderful to have been part of these milestones for sports and for gay rights, and to have been embraced by the public, the coaches, the players, the league and history.

On Wednesday at the Barclays Center, I plan to announce my retirement as an NBA player. The day will be especially meaningful for me because the Nets will be playing the Bucks, who are coached by Jason Kidd, my former teammate and my coach in Brooklyn. It was Jason who cheered my decision to come out by posting on Twitter: “Jason’s sexuality doesn’t change the fact that he is a great friend and was a great teammate.”

Considering all the speculation about problems I might face within the locker room, Jason’s support was significant. It had been argued that no team would want to take on a player who was likely to attract a media circus from the outset and whose sexuality would be a distraction. I’m happy to have helped put those canards to rest. The much-ballyhooed media blitz to cover me unscrambled so quickly that a flack jokingly nicknamed me Mr. Irrelevant.

Among the memories I will cherish most are the warm applause I received in Los Angeles when I took the court in my Nets debut, and the standing ovation I got at my first home game in Brooklyn. It shows how far we’ve come. The most poignant moment came at my third game, in Denver, where I met the family of Matthew Shepard, a gay college student beaten to death in a 1998 hate crime on the outskirts of Laramie, Wyo. For the past two years I have worn number 98 on my jersey to honor his memory. I was humbled to learn that number 98 jerseys became the top seller at NBAStore.com. Proceeds from sales, and from auctioned jerseys I wore in games, were donated to two gay-rights charities. 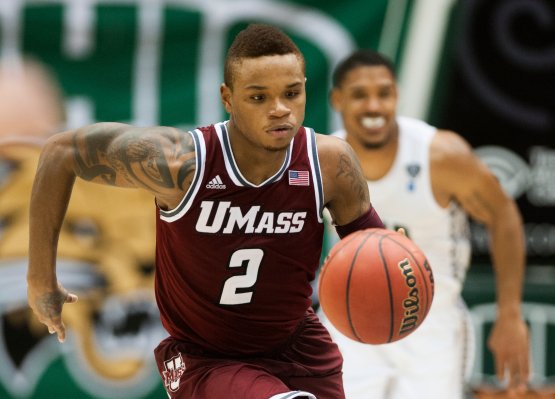 Derrick Gordon Opens Up About Troubled Family History
Next Up: Editor's Pick