Marvel Is Actually Going to Publish That Sexist Spider-Woman Cover

Remember that ludicrously objectified version of the Spider-Woman No. 1 cover from August—the one that made Spider-Woman’s bottom look like an apple? The alternate cover that drew fan outrage is now getting published on Thursday with one major tweak: The words “Spider-Woman” will now cover the offending derriere.

It’s unclear what Marvel hoped to accomplish by the strategic positioning of the title: Perhaps it thought nobody would notice.

Marvel Comics and Marvel Studios have made headlines this year for embracing their female heroes: In July, Marvel Comics revealed that a woman would be taking up the hammer of Thor, and earlier this month the studio announced a Captain Marvel movie slated for 2017, the first female-centric film from the studio. Even the announcement of the Spider-Woman cover at San Diego Comic Con was enthusiastically received by female fans of the comic who were excited that a female character in the Spider-Man universe was getting a big PR bump. 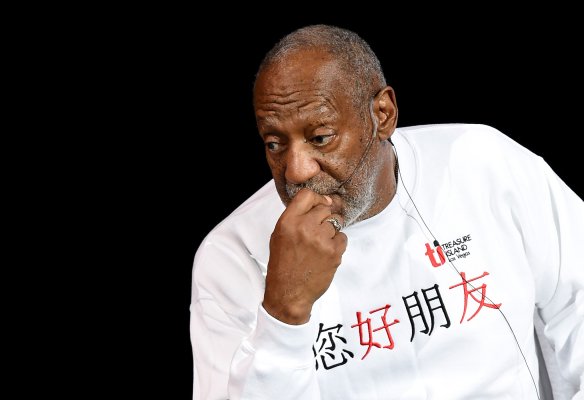 Timeline: The Cosby Allegations
Next Up: Editor's Pick