This Nov. 11, 2014, file photo shows entertainer and Navy veteran Bill Cosby speaking during a Veterans Day ceremony, at the The All Wars Memorial to Colored Soldiers and Sailors in Philadelphia.
Matt Rourke—AP
By Helen Regan

Netflix says it is postponing the launch of a Bill Cosby comedy special due to a number of sexual assault allegations against the legendary comedian.

A new stand-up show, Bill Cosby 77, which was taped on his 77th birthday, was due to be aired on Nov. 28, writes the Hollywood Reporter.

“At this time we are postponing the launch of the new stand-up comedy special Bill Cosby 77,” a Netflix spokesperson said in a statement. Cosby is said to have agreed with the move.

Old allegations from several women, who accuse Cosby of drugging and sexually assaulting them over a decade ago, resurfaced after comedian Hannibal Buress called the entertainer a rapist.

On Tuesday’s Entertainment Tonight, model Janice Dickenson claimed that Cosby raped her in 1982.

In a radio interview last weekend, Cosby refused to respond to questions over the allegations, although he has vigorously denied all accusations against him in various statements in the past. The famed comic has also never been charged, but Associated Press reports that he did settle a civil suit in 2006 with a woman over an alleged 2004 incident.

Read next: Here’s Everything We Know (and Don’t Know) About the Bill Cosby Rape Allegations 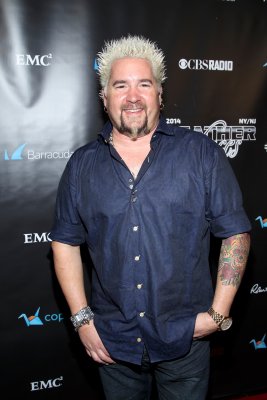 Here's Guy Fieri With Normal Hair
Next Up: Editor's Pick