No One Really Wants to Run the Republican Governors Association

Republican governors gathered at an opulent Florida resort this week to celebrate their victories in the midterm elections are finding the party tempered by an unusual challenge: no one really wants to run their campaign arm.

Usually a hotly-contested position for governors seeking to boost their national appeal and profile, the chairmanship of the Republican Governors Association (RGA) has proven hard to fill this year, according to multiple governors and staffers familiar with the deliberations.

“No one wants it,” one Republican governor said, speaking on the condition of anonymity in order to discuss the sensitive subject.

“It’s a mystery. None of the big shots are aiming for it,” added one gubernatorial aide.

Members of the group’s executive committee, long a training ground for new leaders, have proven largely uninterested. New Jersey Gov. Chris Christie, the current chairman, is gearing up to announce a run for the White House, while the current vice chair and 2013 chair, Louisiana Gov. Bobby Jindal, is preparing to do the same. Wisconsin Gov. Scott Walker, the 2013 vice chair, is contemplating a presidential bid, while Florida Gov. Rick Scott appears unlikely to seek the post, according to those familiar with his plans. Indiana Gov. Mike Pence, talked about as a possible 2016 contender, has ruled out taking the slot, as has South Carolina Gov. Nikki Haley, who has been talked about as a potential Republican vice presidential selection. Texas Gov. Rick Perry is leaving office at the end of the year—and is looking at a White House run nonetheless—while Pennsylvania Gov. Tom Corbett lost his reelection bid earlier this month. New Mexico Gov. Susana Martinez, a rising party star who has said she doesn’t have interest in national politics, is seen as uninterested in the slot.

RGA insiders say it would be a faux pas for a governor with eyes on the White House to seek the post, which allows governors to travel the country on the RGA’s dime to raise money for their colleagues. In 2011, Perry, then the RGA chair, did just that, and was forced to resign his post when he launched an ill-fated bid for the Republican presidential nomination. His departure upended a long-planned transition and pitted Christie against Jindal in a bitter succession battle.

Besides White House ambitions, the low-key nature of next year’s races is limiting the talent pool for the one-year gig. The 2015 RGA chair will be responsible for handling open elections in Kentucky and Louisiana, and Mississippi Gov. Phil Bryant’s re-election. Eleven seats will be up for contention in 2016, making this year’s vice-chairmanship more appealing, some aides said.

“We have multiple governors interested in being the next RGA Chairman and leading a pragmatic group of 31 GOP Governors, the most for either party in 16 years,” RGA spokesman Jon Thompson said. “We’re fortunate to have many governors who have the potential of leading in multiple facets of the GOP, which attests to their incredible leadership and records of results.”

The most important qualification for the RGA chair is his or her ability to raise money. Under Christie’s leadership, the group raised $106 million and spent $130 million, defending a number of purple-state seats and winning several blue-state governorships.

According to multiple individuals familiar with the gubernatorial discussions, Tennessee Gov. Bill Haslam, who was reelected this month, is the inside favorite for the post, though one governor described the situation as “very fluid” before governors meet to elect the new RGA leadership on Thursday afternoon. 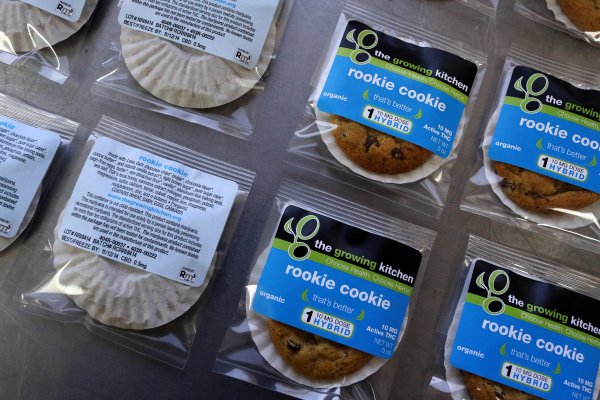