Hulu stepped up its original content game on Tuesday when the streaming television site announced it had picked up new shows from Amy Poehler and director Jason Reitman.

Poehler will executive produce Difficult People, a half-hour comedy about the misadventures of two best friends in New York starring Julie Klausner (who will also executive produce) and Billy Eichner. (Zooey Deschanel recently told TIME about attending Northwestern University with Eichner long before he became the host of the Emmy-nominated Billy on the Street.) The show will start production next year.

Hulu has also ordered 10 episodes of CASUAL, another half-hour comedy, this time executive produced by Juno and Up in the Air director Jason Reitman. The show is about a dysfunctional sibling duo who coach each other through their (online and offline) dating lives, which means it will probably touch on some of the themes Reitman addressed in his recent film about technology and relationships, Men, Women & Children. CASUAL will debut on Hulu in 2015. 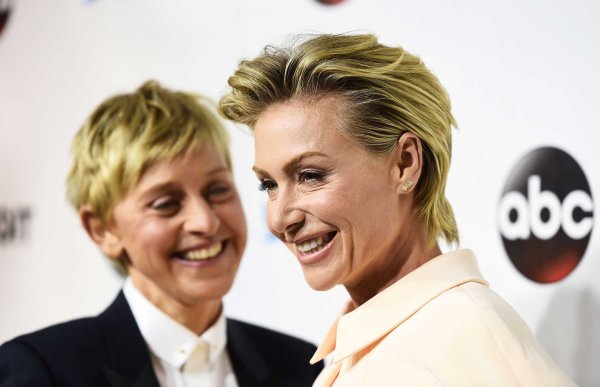 Ellen DeGeneres and Portia de Rossi Try to Break the Internet With Their Holiday Card
Next Up: Editor's Pick