Lauren Apfel is a writer and mother of four (including twins). She blogs at omnimom.net and is the debate editor for Brain, Child Magazine. Connect with her on Twitter and Facebook.

Call a woman a “mommy blogger” and you might as well be slinging mud. The expression, as it is most commonly used, is patronizing at best, derogatory at worst. What’s more is that it manages to offend on dual levels: a seeming contempt for both motherhood and the way mothers write about themselves. And yet, suffice it to say: I am a mommy blogger and proud of it.

Before I became a mommy blogger, I wrote a monograph titled The Advent of Pluralism: Diversity and Conflict in the Age of Sophocles. The book was about the meta-ethical theory of pluralism as it manifested itself in pre-Platonic Greek thought. Now I have a website, where I write about parenting and children—the tragedy of sibling rivalry as much as the comedy of a six year old’s staged wedding. Is this a change in subject matter tantamount to a fall from grace? I imagine many among the literati would consider it so.

The idea that motherhood is a topic worthy of serious reflection is only in its infancy. “Women have mothered since life began,” writes Katherine J. Barrett, the editor of Understorey Magazine, an online publication dedicated to “unspoken” stories about mothering. But “the history of books about motherhood spans roughly 40 years.” Whatever the root cause of this fundamental imbalance—and I suspect it’s closely linked to the general undervaluing of what was once referred to as “women’s work”—times they are a changin’. Today the web is crawling with women trying to make sense of their topsy-turvy lives as parents by encapsulating that process of analysis in some kind of narrative form.

Blogging serves as an emotional and intellectual outlet for mothers, but it is becoming more than that too. Now mommy blogging is a new line of “women’s work.” As is true for many of my fellow bloggers, my original career path careened off its track once I had children. And because my previous existence as an academic—like the lawyers and publicists and educators I know who occupy the mommy blogosphere with me—had natural touching points with the written word, it wasn’t terribly surprising that I turned to the keyboard for something to do, for a way back to myself, when the babies came one after the other and I decided to stay home with them. Nor was it surprising that the creatures who filled my days would also be the ones who filled my pages.

Nobody, of course, objects to writing about motherhood or children in principle. Mommy blogging gets a bad rap in particular because of its origins in a certain sort of confessional writing that can be traced back to the “weblogs” of the early noughties. Lisa Belkin, herself the creator of the New York Times’ Motherlode blog, describes one of these prototypes, dooce.com, as “a daily reality show on a smaller screen.” That is to say: gritty, highly personal and animated by a sense of “the wartier, the better.”

This “bad mother,” “oversharenting” rendition of the mommy blog is one of the most popular, the locus classicus of the genre. It is a trope made famous by Ayelet Waldman in her 2009 book and the fodder for hugely popular websites like Scary Mommy. Here we have women chronicling their mundane parenting “fails,” but also, in a more sublime vein, probing the ambiguity they feel about becoming mothers in the first place. It’s easy to dismiss this type of writing as navel-gazing fluff, the epitome of the first-world problem. But the psychological effect of being able to articulate such feelings in a public space, in an age when parenting is an increasingly isolated and pressured endeavor, is not to be underestimated.

And yet, just because these essays have healing power doesn’t make them especially literary (though some, like Waldman’s, invariably are). That’s fair enough. What skeptics have to realize, however, is that the self-deprecating, bad-mommy blog is only one fish caught by a rather large net. For as it has evolved over the last decade, mommy blogging has moved beyond the merely confessional to blossom into a multi-faceted branch of the online publication industry. “Mommy lit,” as Barrett urges, has indeed grown up. One need only look at the highbrow creative nonfiction at sites such as Brain, Child Magazine or the important advocacy work being done on topics such as special needs and postpartum depression.

Furthermore, parenting writing is no longer its own contained niche. It is stretching its tentacles into other fields, with sophisticated results. Revered humor sites such as McSweeney’s Internet Tendency publish parenting pieces. Prestigious literary magazines such as the Rumpus and cultural magazines such as Aeon do as well. There is rigorous evidence-based analysis of salient childcare questions at Slate’s Double X. Major broadsheets such as The New York Times and The Washington Post have their own parenting blogs. And they even publish parenting-themed articles in their regular opinion and style sections.

Do these articles still count as “mommy blogging”? I submit that they do. Because what they all have in common is the belief by the women who penned them that their lives as mothers—their struggles as much as their successes—are worthy of documentation and publication, that they are, in fact, worthy of the craft of writing itself. This is the true legacy of the mommy blog and it is one we should embrace because of the label’s groundbreaking beginnings, not in spite of it.

For what we are doing as mommy bloggers, with our diverse voices and approaches, is a collective exercise in cultural counterpoint. It is a backlash against the myth that parenting is something to be done and not discussed or valued and it is a backlash against the debilitating contemporary notion that there is only one right way to do it. And for those of us who write about motherhood when we could be writing instead about, say, the ancient Greeks, it is a way to use history or philosophy or whatever other tools we have at our disposal to better understand the essence of our shared humanity and, in turn, to better understand ourselves.

Lauren Apfel is a writer and mother of four (including twins). She blogs at omnimom.net and is the debate editor for Brain, Child Magazine. Connect with her on Twitter and Facebook. 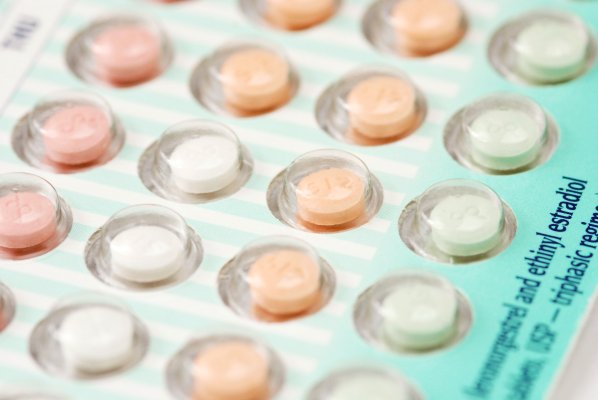 Did We Give the Pill Too Much Power?
Next Up: Editor's Pick