Over the decades, Americans have learned many a thing from British TV. The UK import Teletubbies, for instance, showed us a truth about how toddlers enjoy stories. You show them something they like, they shout, “Again! Again!” Play it back, verbatim, and it’s as delightful to them as the very first time.

You could say that Fox’s decision to make an American adaptation of the moody British cop show Luther, produced by creator Neil Cross and original star Idris Elba, is an example of the Teletubby school of TV development. As with Fox’s Gracepoint, adapted extremely faithfully from the British Broadchurch–down to star David Tennant reprising the lead role with an American accent–the network found a striking, original work, already widely available to U.S. viewers, and shouted, “Again! Again!”

Sure, anyone with the slightest awareness of TV history knows that great US series have been adapted from UK originals. There were Norman Lear’s All in the Family and Sanford and Son, for instance, even if they were made at a time when Americans couldn’t press a button and stream Till Death Us Do Part or Steptoe and Son. It’s all about the execution–finding a new voice for the new series, and giving it its own specific sense of culture and of place. You may or may not think NBC’s The Office equalled the original, but it was its own thing, its tone adapted both to American office culture and its characters built for the longer-run format of an American network series. These shows, at their best, throw something new into the American TV melting pot.

But a story about a brooding, rough-edged, antihero cop? Do we have any other kind? Nothing against the original Luther, but going abroad to import that trope is like scouring the British Isles to find a Philly cheesesteak to adapt. Between this, Gracepoint, and its various Brit-import reality shows—and following last season’s failed remake of the Australian Rake—Fox will have as many replicas of overseas creations as the Vegas Strip.

Cross and Elba are very talented, and I don’t blame Fox for wanting to be in business with them. But talented people do their best work when they’re creating new things that they’re passionate about. If Fox must make its own Luther, I hope it finds a way to distinguish it both from the British original and the many similarly themed American crime dramas.

As American history teaches us, there’s nothing wrong with borrowing from the British. But you only come into your own after you’ve declared independence. 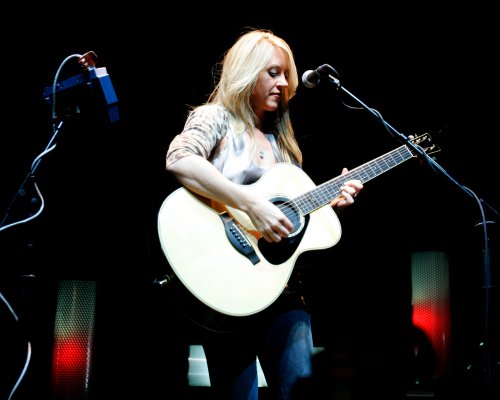