Authorities said two Palestinian men armed with a gun, knives and axes entered a synagogue in West Jerusalem early on Tuesday and committed the most serious attack yet after weeks of clashes around the Temple Mount, also known as the Noble Sanctuary. The four victims were Rabbis; three were dual U.S. citizens and the fourth was British. Eight others were wounded.

Netanyahu singled out Hamas for blame, accusing the group’s leaders of inflaming tensions by libeling Israel “every hour, constantly, through the schools, in the media, in the mosques.”

He also condemned Palestinian Authority President Mahmoud Abbas, who had earlier spoken out against Tuesday’s attack, for proceeding to “connect it to all sorts of imaginary events that ostensibly Israel performs at the Temple Mount which does not take place.” The perpetrators’ homes, Netanyahu vowed, would be demolished. 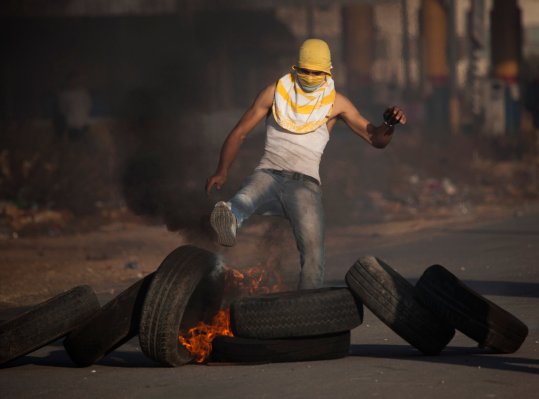 Infant's Killing in Jerusalem Reignites Talk of a New Intifada
Next Up: Editor's Pick